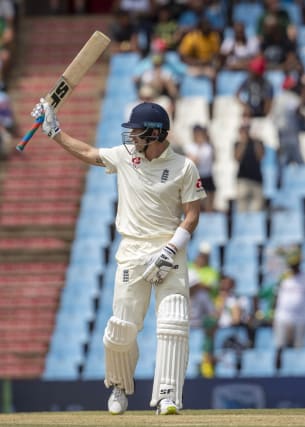 Joe Denly believes England are still in contention in the first Test despite suffering yet another batting collapse.

The tourists lost seven wickets for 39 runs to be dismissed for 181, conceding a first-innings deficit of 103.

They fought back strongly in the evening session, reducing the Proteas to 72 for four, but are still 175 runs behind.

However, Denly is upbeat about his side’s chances.

He told Sky Sports: “It was tough. There was a very impressive opening spell from (Kagiso) Rabada and (Vernon) Philander. They challenged us. A couple of very good balls in there.

“Once that new ball wore off, it was hot out there as well, they couldn’t charge in for too long and I found some fluency.

“It was frustrating. I felt pretty comfortable out there. Myself and Ben (Stokes) started to get a good partnership going.

“I nicked one and we lost wickets after that. We spoke at tea saying to bat long and keep them out there. A great fightback tonight and we are in a good position.

“We are in a stronger position than where we were an hour ago, a big morning coming up.”

Denly, who made 50 at number three, is confident his fellow batsmen can improve second time around.

“Hopefully us batters can get some runs, I don’t think there are too many demons in the wicket,” he said.

“The new ball is tricky with the two world-class bowlers, but if we get through that there are runs to be had.”