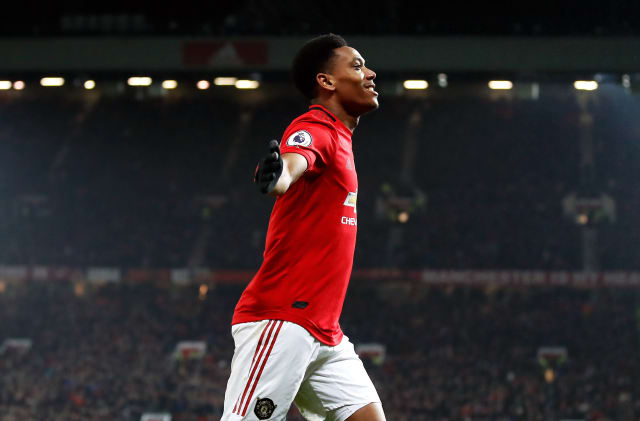 Anthony Martial’s brace bookended a thumping comeback triumph against Newcastle as Ole Gunnar Solskjaer’s Manchester United got back to winning ways in style.

Few could have foreseen these teams being separated by goal difference over Christmas, yet Steve Bruce’s side have confounded the doubters during a season in which his former side have gone from the sublime to the ridiculous.

Sunday’s defeat at Watford was comfortably the most chastening to date, but Solskjaer’s side bounced back from that – and Matty Longstaff’s opener – to seal a 4-1 victory thanks to Martial goals either side of efforts from Mason Greenwood and Marcus Rashford.

This was one of the rare occasions when Man United were able to dominate possession and win – in fact, just the second time in 18 league matches – but there remains work to do, with the defence high among the priorities.

Longstaff scored the winner on a dream top-flight debut against Solskjaer’s men in October and was able to open the scoring at Old Trafford, extending a club-record run without a Premier League clean sheet to a 14th match.

Yet that soft underbelly did not cost Man United this time as Martial struck a quickfire leveller, which 18-year-old Mason Greenwood added to emphatically before Rashford headed home a third as half-time approached.

An undercooked backpass from Sean Longstaff allowed Martial to add another early in a second period in which the France forward hit the post and half-time introduction Paul Pogba stepped up his return from an ankle injury.