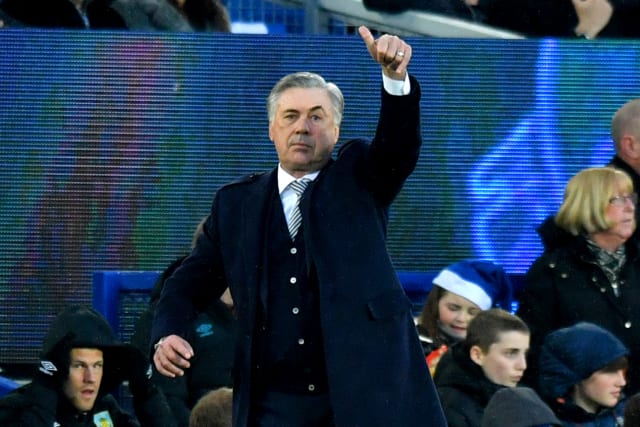 Liverpool tightened their grip at the top of the Premier League with an impressive 4-0 win at second-placed Leicester.

The Reds, back in domestic action after their victory at the FIFA Club World Cup in Doha, took the lead after 31 minutes through Roberto Firmino.

Substitute James Milner made it 2-0 from the penalty spot in the 71st minute after the ball had struck Caglar Soyuncu’s arm in the six-yard box.

Brazilian Firmino swiftly tucked home a third from Trent Alexander-Arnold’s cross – with the full-back driving in a fourth goal late on to wrap things up as Jurgen Klopp’s men moved 13 points clear.

Dan Gosling had put the Cherries in front after 34 minutes but Gunners captain Pierre-Emerick Aubameyang equalised just after the hour following a neat passing move.

Bournemouth forward Callum Wilson saw a goal ruled out for offside as both teams had to settle for a point.

New Everton boss Carlo Ancelotti, though, saw his reign get off to a winning start thanks to a 1-0 victory over Burnley at Goodison Park.

Dominic Calvert-Lewin finally broke the visitors’ resistance with 10 minutes left when his diving header to meet a cross from Djibril Sidibe went in off the post.

Manchester United came from behind to beat Newcastle 4-1 at Old Trafford.

Matty Longstaff put Newcastle ahead in the 17th minute, but United were soon level through Anthony Martial.

Mason Greenwood then fired in a fine effort from just outside the area and Marcus Rashford’s header made it 3-1 shortly before half-time.

Martial capitalised on a stray backpass from Sean Longstaff to wrap things up after 51 minutes.

Elsewhere, Southampton pulled further clear of the relegation zone with an impressive 2-0 win at Chelsea.

The Saints went ahead after 31 minutes through Michael Obafemi and Nathan Redmond finished a slick passing move in the second half, as Chelsea were brought back down to earth after their win at Tottenham.

Aston Villa got the better of fellow relegation battlers Norwich with a 1-0 home win.

After the Canaries failed to make the most of their chances, Villa substitute Conor Hourihane got the breakthrough after 64 minutes.

Robert Snodgrass gave the Irons the lead against the run of play in the 57th minute.

Palace were level after 68 minutes through a volley from Cheikhou Kouyate.

Just when it looked like the match would end all square, Ayew danced through the West Ham defence before chipping the goalkeeper.

Sheffield United and Watford drew 1-1 at Bramall Lane, with the Hornets climbing off the bottom of the table.

Gerard Deulofeu fired Watford ahead after 27 minutes. However, Oliver Norwood equalised from the penalty spot in the 36th minute.

John Egan had a late header cleared off the line as Watford held out for a valuable point.

In the early kick-off, Tottenham came from behind to beat Brighton 2-1.

After Spurs saw a goal ruled out by a close offside call following a VAR review, Adam Webster put the Seagulls in front in the 37th minute.

England captain Harry Kane equalised after 53 minutes, before Dele Alli completed the turnaround with 18 minutes left as he finished off a flowing team move.