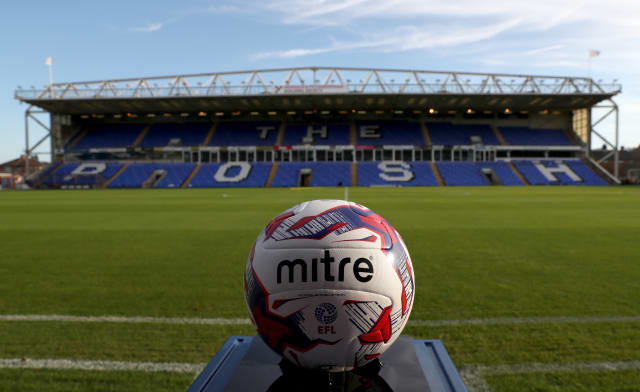 Peterborough have confirmed two arrests were made for alleged racist behaviour in the away end during the match against Doncaster at the Weston Homes Stadium.

Both Sky Bet League One clubs issued statements on Thursday evening, saying they would work together in support of Cambridgeshire Police.

Doncaster, who won the match 3-0, said the club “abhor racism in any form”.

A Doncaster club statement read: “We take a zero tolerance approach to such issues and would expect to issue a substantial club ban to anyone proven to have acted in such a manner as well as require them to complete some educational actions before attending any Rovers games.”

Peterborough said in a statement: “The football club can confirm that there were two arrests made in the away section of the Weston Homes Stadium for alleged racist behaviour.

“The club and Doncaster Rovers are working together with the police on this matter.”

The developments on Boxing Day follow on from Tottenham’s investigation into the apparent racial abuse of Chelsea defender Antonio Rudiger during the Premier League match on Sunday.

The Metropolitan Police, meanwhile, confirmed a Chelsea fan was ejected from the Tottenham Hotspur Stadium and arrested after committing a racially aggravated public order offence against Spurs forward Son Heung-min.

The South Korea international had been shown a red card for a challenge on Rudiger.

This season has seen a series of incidents at all levels of the game.

The Professional Footballers’ Association has called for a government-led inquiry.

Downing Street said that there remains work to be done by the football authorities to stamp out racism, but did not rule out “taking further steps if required”.