5 things we learned from the Boxing Day Premier League action 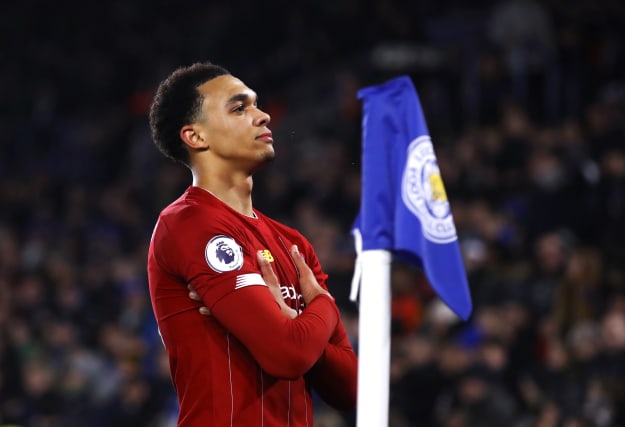 Premier League leaders Liverpool returned to domestic competition with an impressive 4-0 win at Leicester to wrap up an action-packed Boxing Day.

New Arsenal head coach Mikel Arteta had earlier seen his first match in charge end in a 1-1 draw at Bournemouth, while Southampton pulled further clear of the relegation zone after a 2-0 win at Chelsea.

Elsewhere, Manchester United returned to winning ways with a 4-1 victory over Newcastle, but Norwich’s struggles continued after a 1-0 defeat at fellow relegation battlers Aston Villa left them bottom of the table.

Here, the PA news agency looks back at five things we learned from the bumper festive fixtures.

Klopp not ready for title party just yet

Liverpool showed little jet lag from their Club World Cup victory in Qatar with a ruthless demolition of Leicester to extend their advantage at the top of the table to 13 points. While some pundits are ready to crown the Reds Premier League champions already, given the demands of their upcoming schedule, manager Jurgen Klopp is determined to keep everyone grounded. “We are completely focused on what we have to do. I never want to have a party without a reason,” the German said. You sense, though, the champagne is now very much on ice.

No Cherry picking for Arteta

While new Everton boss Carlo Ancelotti got his reign off to a winning start with victory over Burnley, there looks plenty of hard work ahead for Mikel Arteta to have Arsenal firing on all cylinders again. A 1-1 draw at Bournemouth at least offered something positive on which to build, captain Pierre-Emerick Aubameyang having hauled the team level to show there is still life in the Gunners. Getting consistent results against the Premier League’s top sides, though, will prove no quick fix.

Manchester United produced an impressive response to Sunday’s humbling defeat at Watford after coming from behind to see off Newcastle in style at Old Trafford. While Scott McTominay’s knee ligament injury took some of the shine off their win, manager Ole Gunnar Solskjaer will have been pleased with the way his players lifted themselves after conceding an early goal, while there was also on a cameo from Paul Pogba as the World Cup winner steps up his return from an ankle injury.

Super Saints give Chelsea the blues

Southampton picked up a fourth Premier League victory from the last six matches to continue their upward momentum with a hard-earned 2-0 win at Chelsea. Ralph Hasenhuttl’s well-drilled side were good value for their victory, with a crucial second goal from Nathan Redmond coming on the end of a fine passing move. The Blues, meanwhile, were brought straight back down to earth from their win at Tottenham – with a sixth loss in 15 home matches across all competitions again leaving questions for Frank Lampard’s young side.

A 10th defeat in 14 games saw Norwich drop to the bottom of the table after going down 1-0 at Aston Villa, who remain in the relegation zone, but will be hoping for a bounce after ending a four-game losing streak. Daniel Farke’s side were again made to pay for a lack of cutting edge as they failed to make the most of their chances. Norwich may have played some nice football this season, but a failure to be ruthless – even winning ugly once in a while – appears to have them set for a swift return to the Sky Bet Championship.