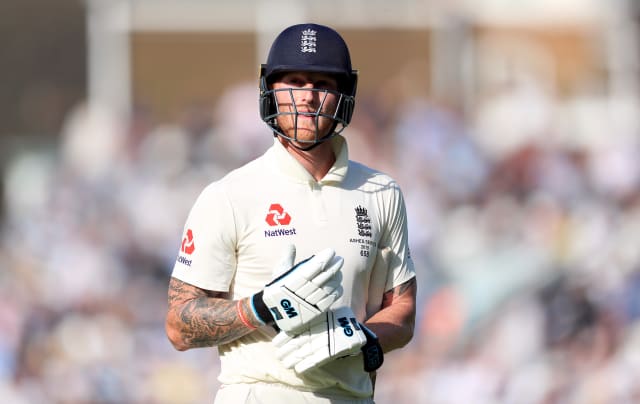 Ben Stokes could be ready to take the field in England’s Boxing Day Test against South Africa after his father entered “a stable condition” in a Johannesburg hospital.

Ged Stokes, who was planning to attend the match in Centurion with a number of family members, was admitted with a serious illness on Monday night and remains in intensive care.

All-rounder Stokes missed training on Christmas Eve to be at his bedside but rejoined his team-mates during their session on Christmas Day morning, raising hopes that he would be able to take on the Proteas.

The 28-year-old practised hard in the middle but England will give him all the time and space possible to decide whether he feels able to commit to a five-day match. A final decision is unlikely until the morning of the match.

A statement from the England and Wales Cricket Board said: “Ben Stokes’ father, Ged, has shown signs of improvement following his admittance to hospital in Johannesburg on Monday. He remains in intensive care, but has responded positively to treatment and is now in a stable condition.

“The Stokes family wishes to thank everyone for their support and in particular the medical practitioners in South Africa for their care of Ged.

“The England and Wales Cricket Board continues to request that the media and public respect Ben and his family’s privacy at this time.”

Stokes is not the only player to have a question mark against his name, with the sickness bug that has swept the camp continuing to throw the tourists’ plans into disarray.

Stuart Broad and Jofra Archer were badly affected throughout the team’s first week in South Africa but despite missing both warm-up matches, the pair have rallied and are now expected to play.

While they continue to improve both Chris Woakes and Ollie Pope have now been struck down. Woakes has almost no chance of featuring after sitting out each of the last two practice sessions, which spells good news for Sam Curran or Craig Overton, while Pope has become the latest squad member to show flu-like symptoms.

The Surrey man was pencilled in at number six and made a fine hundred against South Africa A but will now need to convince the medical staff of his readiness. Should England decide he cannot be risked then it would open up a place for Jonny Bairstow, who was recalled to the squad after being left out of the recent trip to New Zealand.

Jack Leach is also struggling having failed to shake off the illness, but England were already erring towards going into the game without a specialist spinner.

After training finished the England squad headed back to their Johannesburg hotel to share a Christmas lunch with their family members and take part in a ‘secret Santa’ exchange of gifts.