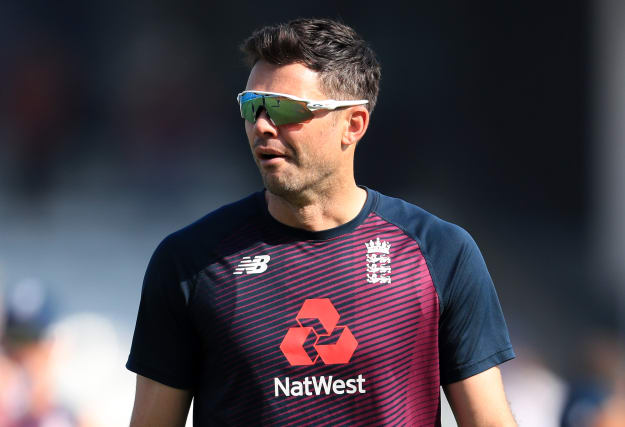 James Anderson is about to make history as the first fast bowler to play 150 Tests but England’s record wicket-taker insists the prospect of turning out for his country still leaves him feeling “like a kid”.

When he takes to the field for the Boxing Day Test against South Africa, Anderson will become only the ninth player to reach the landmark and a unique addition to a list dominated by batsmen.

The other eight all turned their arms over in Tests, even England’s only other club member Sir Alastair Cook, but none had to cope with the physical rigours of being a specialist paceman.

Jacques Kallis comes closest but to put Anderson’s physical workload in perspective, even the great all-rounder bowled over 12,000 fewer deliveries over the course of his career.

Anderson has long been hailed for his skill with ball in the hand but for sheer longevity and endurance the 37-year-old is without peer in his field.

At his age most who have not already settled into a comfortable retirement are certainly considering it, but Anderson is adamant that his desire has never been stronger.

“Just watching the guys doing catching practice, I’m 37 but I still feel like a kid,” he said after yet another gruelling training session at Centurion’s SuperSport Park.

“It still feels so special putting the England badge on, trying to catch balls like Ben Stokes at the World Cup, diving around like a kid. That sort of thing keeps me going and keeps me wanting to play.

“I’m not even thinking about retirement, I’m just thinking of improving. I look at people like Jamie Vardy getting faster in his 30s and I think ‘why should people start slowing down just because the number next to your name keeps going up?’

“Most cricketers I speak to say ‘you’re a long time retired’ and there’s lots of players who’ve had to retire early through injury that would have loved to carry on, so I feel privileged.

“It will be a proud moment because not many people have played 150 Tests for their country and certainly I don’t think any fast bowlers have. It means a lot from that point of view and makes all that hard work throughout your career, the ups and downs you go through, the times in my early 20s when I didn’t know if I was ever going to get picked again or get another wicket, worthwhile.”

If there was any doubt about Anderson’s enthusiasm he answered it over the last five months, during which he has battled back from a calf injury that ended his Ashes series after just four overs.

The easy option would have been to walk away, but that has never been in his nature and bask in the glory of his 575 Test scalps – another world record among seamers.

“I think you’ve got to have that fire just to get through rehab because it can be dull as ditchwater, the monotony of it,” he said.

“Without the hunger and desire to play international cricket then you’re not going to get through it. This will be a really proud moment for me because not many people have played 150 Tests for their country and certainly I don’t think any fast bowlers have.”

Anderson accepts he is something of a glutton for punishment and revealed his enthusiasm for the hard yards has even raised eyebrows among team-mates.

“Last week in Benoni we were taking the second new ball on the third day and I couldn’t wait. Chris Woakes was saying ‘what part of this do you enjoy?’,” he said.

“I’m aching, I’m stiff but that’s what I love about it. You wake up the next day, you struggle to get out of bed …that walk to the toilet, knowing you’ve put in a shift. I get satisfaction from that.”