All write now: Bruce hopes to create a new chapter at Newcastle 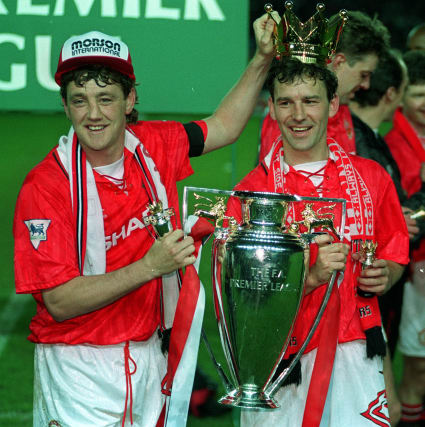 Steve Bruce will return to Old Trafford having put his new autobiography on hold and hoping he will eventually have to change the title.

The Newcastle head coach started work on updating his memoirs, which have the working title Theatre of Dreams, following his exit as Aston Villa manager in October 2018, but had to put the project on ice when he was recruited by Sheffield Wednesday and later, his home-town club.

Bruce, who helped Manchester United win a first league title for 26 years in 1993, has many stories to tell from his trophy-laden stay, but is hoping his spell at St James’ Park will add a few more chapters.

He said: “There’s time to change that! I was determined not to go back to work for a while and take a bit of time off. But then I took a phone call and was off and running again, so we will revisit the book at a later date and look at the title.”

In the meantime, Bruce will attempt to secure Newcastle’s first league double over Manchester United since the 1930-31 season on Boxing Day, an achievement which may dent, if only slightly, the reputation he built there as a player.

The former Gillingham defender arrived at Old Trafford in an £800,000 switch from Norwich two weeks before his 27th birthday in December 1987, and walked into a dressing room which already included the likes of Bryan Robson, Norman Whiteside, Paul McGrath and Gordon Strachan.

He said: “That first training session, you realise they are top, top players. You’re like, ‘Wow!’. It was mouthwatering.

“I was trying to replace McGrath, and I’m looking at him thinking, ‘this isn’t possible’. I was in awe of the place, but was determined to enjoy it and make a fist of it.”

He did just that as he formed a central defensive partnership with Gary Pallister – the pair were affectionately known as “Dolly and Daisy” – and emerged with three league titles, two FA Cups and winners’ medals in the League Cup and European Cup Winners’ Cup as a dynasty was forged.

Bruce said: “I was never naturally gifted. I used to have to work hard at everything I did. I used to look at the other players and think physically they were better than me, they could run and they had a better left foot.

“I had to work hard for what I had. I played with a bit of spirit and when you show that, clubs will forget what you can’t do. I worked hard, tried hard and I had an insatiable appetite to win.”

That appetite was harnessed by manager Sir Alex Ferguson, whose management style taught him lessons he has put to good use since his own move into coaching.

Bruce said: “The genius of Sir Alex was that he knew when to change. The 94 team was the best team I ever played in and by 95, it was gone. After winning the double, I don’t think the XI played together again.”