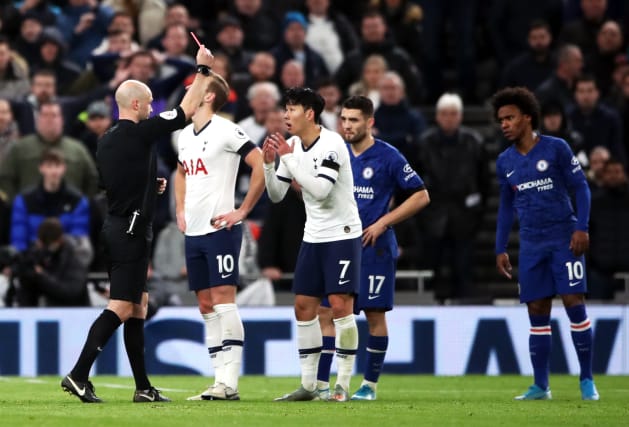 Tottenham have failed with their appeal against Son Heung-min’s red card in Sunday’s match against Chelsea.

The South Korea forward was dismissed in the second half of the 2-0 loss at the Tottenham Hotspur Stadium when VAR showed him kicking out at Antonio Rudiger in retaliation to being fouled.

Despite Spurs launching an appeal, the Football Association determined the red card stands, meaning the 27-year-old will now miss the matches at home to Brighton on Boxing Day, and at Norwich and Southampton on Saturday and New Year’s Day respectively.

It was the third red card for Son in 2019 as he was also sent off for pushing Jefferson Lerma at Bournemouth last season, then for a challenge on Everton’s Andre Gomes in November that broke the midfielder’s ankle.

Spurs also appealed against both dismissals, winning the latter.