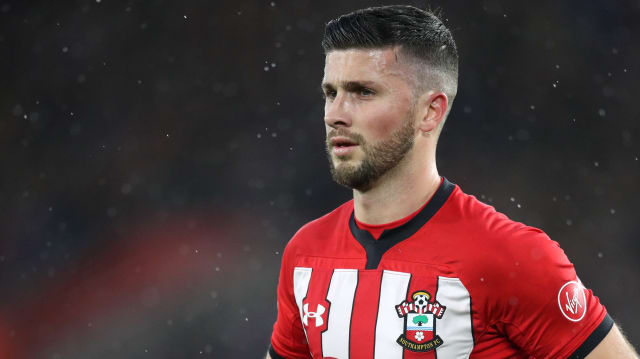 Southampton’s bid to continue climbing the Premier League table has been dealt a blow as striker Shane Long has sustained a knee injury.

Saints boss Ralph Hasenhuttl has confirmed Long could miss the Boxing Day game at Chelsea and also be doubtful for the remaining Christmas fixture schedule.

“I have one issue, with Shane Long because he slipped last weekend and has a little knee injury,” Hasenhuttl told a press conference.

“He couldn’t train today (Tuesday) . He’s not definitely (out), but it doesn’t look very good.”

Long was forced out of Saturday’s win at Aston Villa – the Saints’ third league victory in five matches.

Back-to-back home wins against Watford and Norwich were followed by defeats at Newcastle and then West Ham before Hasenhuttl’s side produced a clinical display to beat Villa 3-1.

“It was a big step for us, for sure, but only one game with a big win and now we have to continue our committed and good-organised work,” Hasenhuttl said. “That is the key to winning this game.

“You can feel the atmosphere is a more positive one after such a run, it’s normal.

“It can be a lift for everybody, mentally, but we must be clear, there’s a long way to go.”

Saints have come a long way since their humiliating 9-0 home defeat to Leicester in October, but Hasenhuttl sounded a warning ahead of the trip to Stamford Bridge.

“We are now three points above the (relegation) line and this is OK, but the next fixtures are very difficult and that means the performance has to get better and better,” he added.

“Otherwise, against the next opponent it will not be possible to take points.”

But Denmark midfielder Pierre-Emile Hojbjerg has recovered after taking a bang on the knee at Villa and is expected to be available.

Sofiane Boufal could return to contention after struggling with a toe injury sustained when he accidentally ran into his kitchen table at home last month and Kevin Danso has recovered from illness.