Farke hoping to turn the tables on Villa 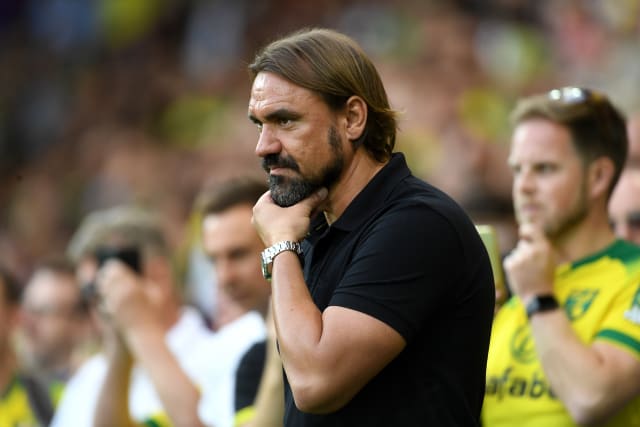 Norwich head coach Daniel Farke believes it will be more of a level playing field when his side meet Aston Villa for the second time this season on Boxing Day.

The corresponding fixture at Carrow Road in October saw the Canaries beaten 5-1, but Farke believes the scoreline that day flattered the visitors.

The German pointed to a raft of injuries to his team as one of the contributing factors and he thinks the match at Villa Park will be much more competitive.

“It was a strange game against Villa earlier in the season,” Farke told the club website. “It didn’t feel like we were too far away from a good result.

“We just weren’t competitive because of all the injuries we had. We’re in a better position now.

“We’re still not the favourite in this game. They have top-class players, but we are definitely competitive, as we showed in recent weeks.

“The Premier League is always a close competition and it’s difficult for every team to win points. Some good sides can struggle. Everton were involved in the relegation battle, which is unbelievable considering the quality of their players.

“You can quickly be gaining momentum with two or three good results in a row so that’s what we’re hoping for.

“Each game is big on this level, so I wouldn’t over-interpret it too much. Villa are a bit under pressure having lost their last four Premier League games after spending £150million in the summer. You’d have expected them to be in a better position.

“We are where people expect us to be but we’ll keep on fighting against it. It’s important for both sides but makes no sense to speculate who’s under more pressure. It’s always good to be playing for something.”

Norwich are level on 12 points with bottom-of-the-table Watford, after winning just three Premier League games this season – one of which was against reigning champions Manchester City.

Farke’s side head to Villa Park six points adrift of safety but he feels his side’s recent displays have been deserving of more points.

“When I look back and think about our performances, we need top-class performances just to stand a chance of getting a point,” said Farke, who has an unchanged squad for the trip.

“We draw against Arsenal and towards the end we were the only team playing. The way we played recently against Sheffield United, you would not at half-time expect us to come out of that game with no points.

“Performance-wise were are there, no doubt. We do everything right but then there is a setback, and sometimes it’s something you can’t do anything about and you just don’t deserve it.”