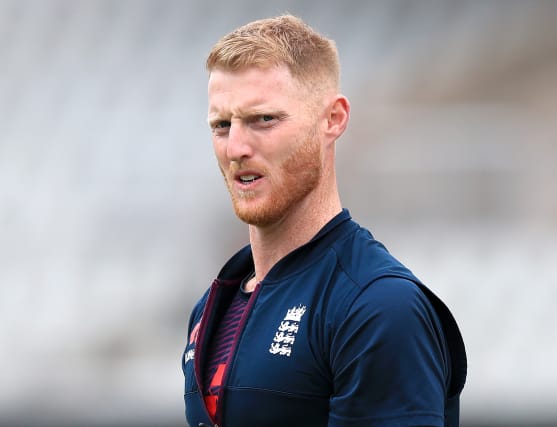 England captain Joe Root has promised Ben Stokes the unwavering support of his team-mates after his father Ged was left in a critical condition in a Johannesburg hospital.

Stokes had been due to train with the squad at Centurion on Christmas Eve but, rather than make his final preparations for the Boxing Day Test against South Africa, the all-rounder joined his family at his father’s bedside.

The England and Wales Cricket Board announced that the 64-year-old – part of a large Stokes contingent planning to watch the match – was admitted on Monday evening with what it called “a serious illness”.

It is not yet known whether the newly crowned BBC Sports Personality of the Year, who lit up 2019 with his heroic displays in the World Cup and Ashes, will be available to take the field at SuperSport Park, but Root was insistent that cricket is a secondary concern.

“It puts things in perspective. We’re here to play good, hard cricket and to win this series but most importantly we want to make sure Ben and his family get all the support they can get,” he said.

“I think that’s the most important thing. It’s crucial that comes first. All the players and the squad just want to throw all our support behind him and stress how important it is that everybody respects their privacy at this time.”

England will allow Stokes time and space to decide if he feels able to play, but the question mark next to his name only serves to further complicate an already murky selection.

Root revealed that Chris Woakes was the latest member of the squad to be hit by a bug that ruined the tourists’ week of warm-up matches.

Stuart Broad, Jofra Archer and Jack Leach were the worst affected and were ruled out of both tour matches, meaning they have yet to bowl a competitive delivery since touching down.

If Woakes’ case is anything like as severe he has no chance of lining up on Boxing Day, but England will be crossing their fingers it is a gentler strain. Joe Denly was affected briefly last week but played in all five days of the practice matches and reeled off a century after beating what he termed “a mild case of man flu”.

Broad looks a certainty to get the green light, while Archer has looked stronger by the day in the nets. He even felt able to take part in the squad’s ritual football match on Tuesday, which suggests he is feeling considerably brighter.

Root suggested that nothing was being taken for granted, though, particularly with Woakes reintroducing uncertainty to the camp. The final make-up of the XI will now almost certainly be settled on the morning of the match.

“We’ve got to find out where everyone is at with this illness. In terms of balance of side, we’ll have to make a very late call on our team,” he said.

“We’ve been hit with some bad news, Woakesy going down ill, so we’ll have to wait and see how that unfolds.

“It’s been quite frustrating in many ways but we have to handle it, get on with it and make sure the guys who are selected are ready to go and in a good place to hopefully win this first game.

“We’ve got some very competitive players who are desperate to prove a point and will want to come out and put in a performance for England.”

One of those players is Jonny Bairstow, who would be in line to come in should Stokes not play. He was dropped for the recent tour of New Zealand and, though he cannot replace Stokes’ all-round skills, England may feel runs are more important to replace than overs.