A closer look at South Africa’s formidable record at Centurion 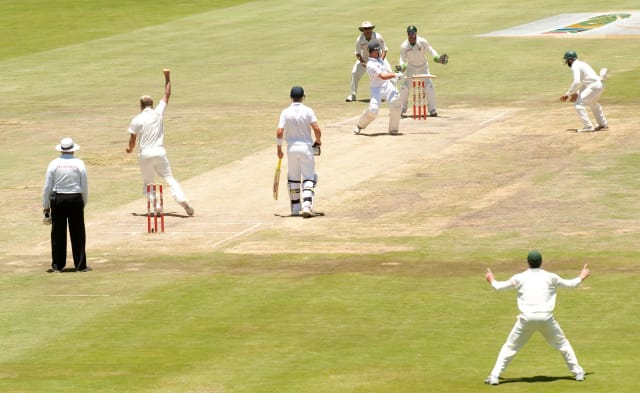 Here, the PA news agency looks at the hosts’ record at SuperSport Park and how it compares to other favoured venues.

England will step into a hostile setting in which the Proteas have won 19 of 24 Tests and lost only two – a 79 per cent home win rate unrivalled among long-term Test venues, and 33 percentage points higher than their all-time home win rate.

England inflicted one of those two defeats, in 2000 – but more than three full days were washed out and before South Africa captain Hansie Cronje was later found to have agreed with a bookmaker to engineer a result.

The other was against Australia in 2014, when Mitchell Johnson took 12 wickets, but since then the West Indies, England, New Zealand, India and Pakistan have been on the end of heavy defeats.

Formally the Brisbane Cricket Ground, the Woolloongabba venue traditionally enjoys the most fearsome reputation for visiting teams – meaning its “Gabba” moniker is often amended to the “Gabbatoir”.

Australia are unbeaten there since the West Indies’ nine-wicket win in 1988, with 24 wins and seven draws since – New Zealand, Pakistan, the Windies and Sri Lanka have been beaten by an innings twice apiece, and England by 10 wickets in 1990 and 2017.

The Three Lions are unbeaten at recent additions Chester-le-Street, Cardiff and Southampton, with six wins from six at the former – but Edgbaston is their longer-term happy hunting ground.

With the Barmy Army making their presence felt from the rowdy Hollies Stand, the hosts have won 10 of their last 15 games there – including one of their most memorable ever, by two runs over Australia in the 2005 Ashes soundtracked by Richie Benaud’s “Jones… Bowden” commentary line.

The rest of the world

Cricket’s other superpower, India, may be finally cultivating a fortress of their own in Hyderabad, where they have won four and drawn one of five Tests to date. Among their longer-term homes, though, Mumbai’s Wankhede Stadium tops the list with just a 44 per cent win rate.

Pakistan have seldom hosted Tests in recent years due to security concerns, but will be keen to return regularly to Karachi where they have 22 wins, 18 draws and only two losses in 42 Tests. Dubai has proved a successful temporary home with seven wins from 13, with Abu Dhabi just one behind.

Sri Lanka enjoy a 58 per cent win rate in Galle (19 of 33), up 15 percentage points on their overall home record. The West Indies do not have a stand-out single venue but have won 46 per cent at both Jamaica’s Sabina Park and Barbados’s Kensington Oval.