Willian urges Chelsea to use Tottenham win as benchmark 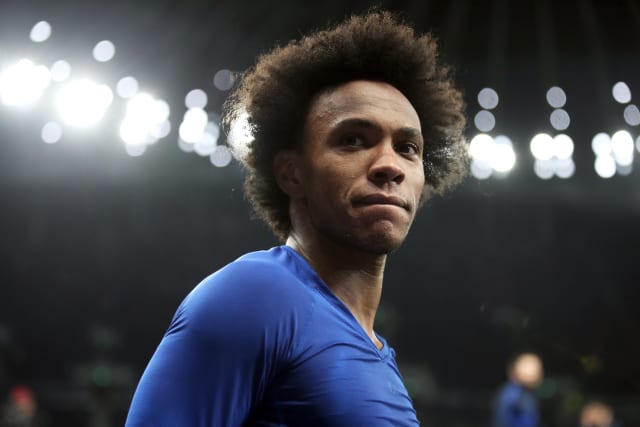 Chelsea match-winner Willian wants his side’s 2-0 win at Tottenham to be the benchmark for the rest of the season.

The Blues ensured they will spend Christmas in the Premier League top four after Willian’s two goals gave them an impressive win at the their London rivals, even if it was overshadowed by the shameful racist abuse towards Antonio Rudiger.

Willian was one of the stars of the show, benefitting from Frank Lampard’s tactical switch which saw the apprentice outfox his former master Jose Mourinho.

It leaves Chelsea four points clear in fourth place and six ahead of Spurs after the timely win, which followed a run of four defeats from their last five games.

Willian says his side have to recreate that level of performance, starting with Boxing Day’s clash with Southampton.

“We did a good job from the first minute,” he said. “This kind of game is about mentality and how we fight for every ball, in every minute, in every situation. And we did everything to win this game.

“We showed everything – personality and we fight for every ball. We played, we controlled the game, and that’s why we won.

“We have to carry on. We cannot go up and down any more. We have more games now to come and we have to win games to stay at the top, so I think we can do it.

Willian is intrinsically linked to Spurs, having been in the midst of a medical in north London when Mourinho, then in his second spell as Chelsea manager, pinched him from under his current employer’s nose in 2013.

He has enjoyed playing against Spurs ever since and was delighted to get two goals.

The first was a fine curling effort, taking advantage of some slack defending from a short corner and the second came from the penalty spot after some VAR intervention.

He added: “It’s special to score in every game but when you have a derby it’s different.