The pick of the action for sports fans this Christmas 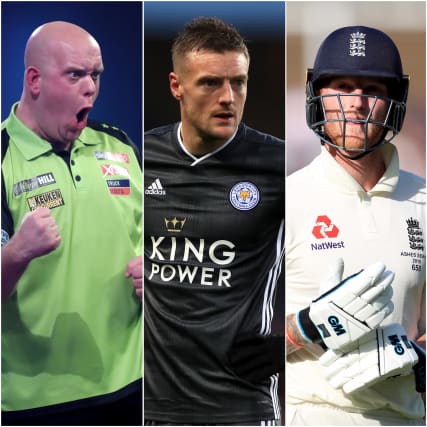 Christmas is always a busy time of year for sports fans and there is plenty to look forward to across the festive period.

Here, the PA news agency picks out the best of what is on offer.

England’s bid to end their recent Test struggles takes them to South Africa, with the first match of a highly-anticipated four-Test series beginning in Centurion on Boxing Day.

It is likely to be a stern examination for Joe Root’s side against one of the most vaunted bowling attacks in world cricket, featuring pacemen Kagiso Rabada and Vernon Philander – who are ranked second and eighth in the ICC world rankings.

Joe Root’s men are looking to avoid becoming the first England side to fail to win four Test series in a row since 2001-02 under Nasser Hussain’s captaincy.

Australia’s traditional Boxing Day Test at the Melbourne Cricket Ground pits them against Antipodean rivals New Zealand, who they thrashed in the first match last week.

Who will reign at the Palace?

Michael Van Gerwen’s quest for a fourth PDC World Championship will play out at Alexandra Palace over Christmas.

The defending champion stormed into the last 32 with a thumping 4-0 win over Ricky Evans and is the firm favourite to lift the trophy again on New Year’s Day.

Fallon Sherrock, who made history by becoming the first woman to win a match at the tournament with a first-round win over Ted Evetts before knocking out 11th seed Mensur Suljovic, bids to continue her extraordinary run against Chris Dobey when the tournament returns on December 27.

The usual packed festive football programme features a number of standout clashes but none more so than the Boxing Day showdown between second-placed Leicester and runaway Premier League leaders Liverpool.

The Foxes have been sensational in being the nearest challengers to Jurgen Klopp’s dominant side and would love to make a dent in the Reds’ 10-point lead at the King Power Stadium.

Watching on with great interest will be reigning champions Manchester City, who face a testing trip to Wolves the following night.

The battle for European qualification is also in the spotlight over Christmas, with Sheffield United hoping to continue their unlikely challenge when they head to the Etihad Stadium.

Saracens, who continue their quest to avoid relegation following their 35-point deduction for breaching salary rules, have beaten Exeter in the last two finals.

Northampton have the opportunity to knock Exeter off top spot the day before with a win over Gloucester on December 28.

There is an all-Welsh programme on Boxing Day as Dragons face a trip to the capital for a Guinness PRO14 meeting with Cardiff Blues before Scarlets host Ospreys later that afternoon.

The traditional NBA Christmas Day programme includes a sellout clash between Los Angeles rivals the Lakers and Clippers at the Staples Center.

The Western Conference-leading Lakers have lost three matches in a row heading into the match, which starts at 0100 on Boxing Day in the UK.