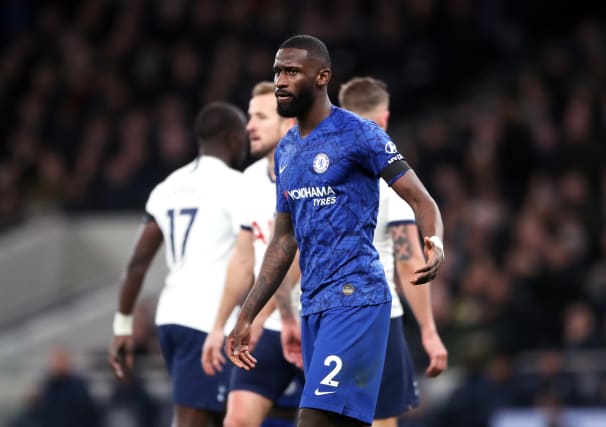 Captains should feel “empowered” to walk their teams off the pitch if fans subject players to racist abuse, the chairman of the Professional Footballers’ Association (PFA) said.

Ben Purkiss told The Times that footballers, like any other employees, deserved to be shown respect in their workplace.

His comments come after allegations of racist abuse against Chelsea defender Antonio Rudiger and Tottenham’s Son Heung-min after Sunday’s fixture.

Tottenham’s investigation into the apparent racial abuse of Chelsea defender Rudiger has so far proved “inconclusive”, but a Blues fan has been arrested for allegedly abusing Son.

“The players are the most important people in the game and their rights and their working conditions are central to the role of the PFA: that’s our purpose,” Purkiss told the paper.

“So I think it’s time to see concrete action, and that means the PFA leading the players and empowering the captains to walk their teams off the pitch if they feel it is necessary.”

Germany defender Rudiger reported being the subject of monkey chants during the match against Spurs, the latest in a series of incidents at all levels of the game this season, which have led to the PFA calling for a government-led inquiry.

Downing Street said there remained work to be done by the football authorities to stamp out racism, but did not rule out “taking further steps if required”.

Spurs launched an investigation after Sunday’s 2-0 defeat but, in an update on Monday, said there had been little progress despite working with lip-readers and having reviewed hours of CCTV footage.

A club statement read: “We are able to track every fan via the cameras and have spent many hours reviewing CCTV footage.

“We have engaged lip-readers to study the footage and contacted Chelsea for further information from their players.”

As well as investigating the alleged racist chanting from Tottenham supporters, the Metropolitan Police confirmed a Chelsea fan was ejected from the ground and arrested after committing a racially aggravated public order offence against Spurs forward Son.

Anthony Taylor, the referee, stopped play after Rudiger claimed he had heard racist abuse and three announcements were made over the public address system.

Damian Collins, the MP for Folkestone and Hythe and who will stand for re-election as chair of the Digital Culture Media and Sport committee, wrote on Twitter: “Racist abuse must be driven out of football stadiums.

“A review on how we can do more to achieve this should also include stopping homophobic abuse and requiring social media companies to do more to prevent abusive attacks against players on their platforms.”

Sports minister Nigel Adams called for racist behaviour to be confronted and said: “We will monitor how these plans are implemented before deciding on any further action in future.”

Chelsea pledged to work with the authorities following the arrest of the Blues supporter, with the club promising the “strongest possible action” against anyone involved.

“We are aware of an alleged racist incident involving a Chelsea supporter at yesterday’s match,” said a Chelsea spokesman.

“Chelsea Football Club will not tolerate any form of racism, nor is there a place at this club for anyone who is found to have engaged in such behaviour.”