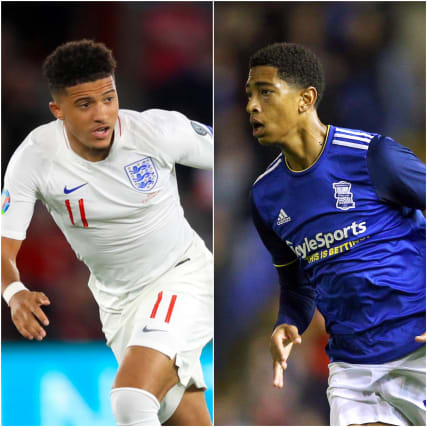 Chelsea are hot favourites to land the signature of JadonSancho as the London club will stump up the £120m asking price, according to the Sun. Frank Lampard’s side are reported to be interested in the 19-year-old along with Manchester United and Liverpool.

Meanwhile, United will look at bringing in Birmingham’s star teenager JudeBellingham according to the Daily Telegraph. Bellingham, 16, has made 20 appearances this season for the Blues and is also sought by a number of Bundesliga clubs.

ChristianEriksen will not move to Manchester United in January despite being out of contract at Tottenham in the summer, the Daily Star reports. Eriksen, 27, has been linked with a move away from Spurs after talks on a new contract stalled.

Meanwhile, NemanjaMatic‘s time at Old Trafford looks set to come to a close, with the Daily Star reporting that the midfielder will not be offered a new contract when his current deal ends in June 2020.

Carlo Ancelotti will be given the funds to boost Everton over the transfer window, the Star says, with rumours suggesting Zlatan Ibrahimovic may be an option for the Goodison Park outfit.

Paul Pogba: The midfielder may be routinely subject of rumours with a move away from Manchester United, but Real Madrid have said they will not be bidding for the France international in January, according to Marca.

Leroy Sane: Bayern Munich is the club of choice for the Manchester City midfielder as his future at the Etihad Stadium looks less certain, says Bild.