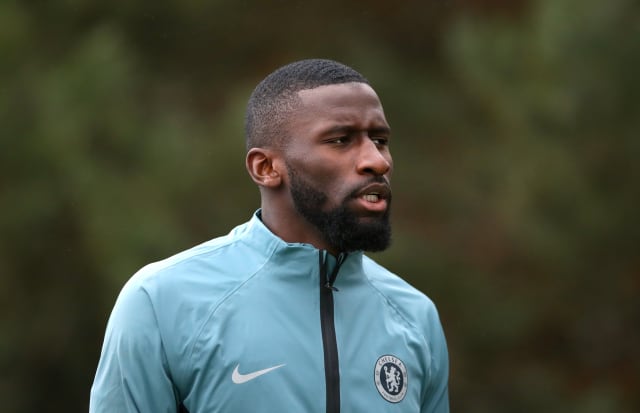 Football should have trained individuals on the bench to help players cope with the post-traumatic stress of suffering racist abuse, according to a leading sports psychologist.

The Professional Footballers’ Association has called for a government inquiry following allegations of racist abuse towards Chelsea’s Antonio Rudiger at Tottenham on Sunday.

But Cary Cooper, professor of psychology and health at Manchester Business School, feels football should also do more to help players who are the victims of racist abuse.

“Every club should have someone on the bench who is able to support that player at that moment,” Cooper said, speaking after three announcements were made to inform supporters of the abuse during the match.

“The protocol is right that the game should be stopped and it’s important that the player gets support straightaway from someone trained up on the bench.

“It’s not really complicated to provide the social support and mental health first-aiding they need.

“To get that abuse is demeaning, and if you think about it these are just young men in their 20s, or even younger, and not older guys who have been through life.

“A lot of them have also been cossetted from a young age at academies and might not have suffered such abuse.”

The Duke of Cambridge recently spoke about the impact of racism on professional footballers’ mental health as part of the Heads Up campaign.

“There is an aftermath for players going on to the pitch after these incidents,” Cooper said.

“They will ask themselves ‘are you going to get this more often?’ and ‘is it going to happen the next game?’

“If a player feels really upset by it all, then he should get support in the days that follow. Absolutely.

“I’m sure all Premier League and Championship clubs will have a counsellor available to speak to should a player wish to do so.

“I would say if they need it they should get that help, but you never force it on them. I’m sure the coach will be aware of the person not coping if that’s the situation.”

Chelsea defender Rudiger reported being the subject of monkey chants at Tottenham, with the episode becoming the latest racist incident to have blighted English football over the past 12 months.

The Manchester derby earlier this month saw a City fan appear to make a monkey gesture at United midfielder Fred, while the League Two game between Forest Green and Scunthorpe on the same day was halted after allegations of racist abuse.

The FA Cup tie between Haringey and Yeovil in October was replayed after racist abuse from the crowd led to players walking off the pitch.

“Racism is a societal issue,” Cooper said. “It has always been there, but it fosters during uncertain times and we’ve had over three years of Brexit and wondering what the economy will be like in the future.

“There will be a very small number of people who go to games and feel angry about the future and try to find an outlet by blaming other people.

“That’s what underpins this, that is what racism is about. Using a minority group for your own anger and your own problems.”