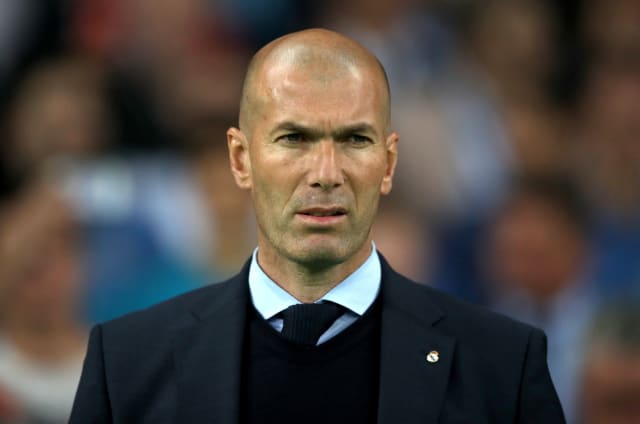 Real Madrid were unable to draw level with Barcelona at the top of LaLiga after a frustrating stalemate with Athletic Bilbao while Lazio stunned Juventus to clinch the Italian Super Cup on Sunday.

A win for Zinedine Zidane’s men would have put them joint-first going into the winter break, but despite hitting the woodwork three times, they could not find an opener at the Bernabeu and are two points off leaders Barca.

Atletico Madrid are fourth after a 2-1 win at Real Betis, with Angel Correa and Alvaro Morata on target in the second half before Marc Barta grabbed a consolation for the hosts late on.

Real Sociedad are a point and position behind Diego Simeone’s team after an entertaining seven-goal thriller at Osasuna.

Martin Odegaard continued his fine season with an assist and goal in the first half. Mikel Oyarzabal and Portu were also on target, with Adriane Hernandez replying.

Chimy Avila struck twice for Osasuna in the second half, but Alexander Isak’s goal ensured Sociedad secured all three points with a 4-3 victory.

Leganes triumphed over Espanyol in the battle of the basement clubs in La Liga while Roger’s double helped Levante claim a 3-1 win over Celta Vigo after Iago Aspas’ opener.

Cristiano Ronaldo showed his frustration after Juventus lost to Lazio in the Italian Super Cup by instantly taking off his silver medal.

The clash, which took place in Saudi Arabia, ended 3-1 after second-half goals from Senad Lulic and Danilo Cataldi.

AC Milan suffered their joint-heaviest ever Serie A defeat as they were hammered 5-0 at Atalanta in the Lombardy derby.

It equals the Rossoneri’s worst-ever loss in the competition and is the first time since a defeat by the same scoreline at Roma in 1998 that they have lost by a five-goal margin.

Atalanta struck twice in as many minutes just after the hour mark as Mario Pasalic and Josip Ilicic found the net. Ilicic scored again before Luis Muriel completed the rout.

Pedro Obiang’s own-goal helped Napoli end a two-month wait for a league win with a 2-1 success at Sassuolo.

Hamed Junior Traore put the home side ahead at half-time, but Allan equalised and ex-West Ham midfielder Obiang put through his own net in the fourth minute of stoppage time to help Gennaro Gattuso’s side move up to eighth.

Riccardo Orsolini struck twice to help Bologna win a five-goal thriller at Lecce, while Mario Balotelli’s goal was only enough to earn Brescia a point at Parma following a 1-1 draw after Alberto Grassi netted in stoppage-time.

In the Bundesliga, Paderborn secured only their third league win of the campaign with a 2-1 victory at home to Frankfurt after goals by Abdelhamid Sabiri and Sebastian Schonlau.

The promoted club remain bottom of the table for the winter break, though, after Dusseldorf grabbed a 90th-minute winner against Union Berlin thanks to substitute Erik Thommy to move above Werder Bremen and up to 16th.