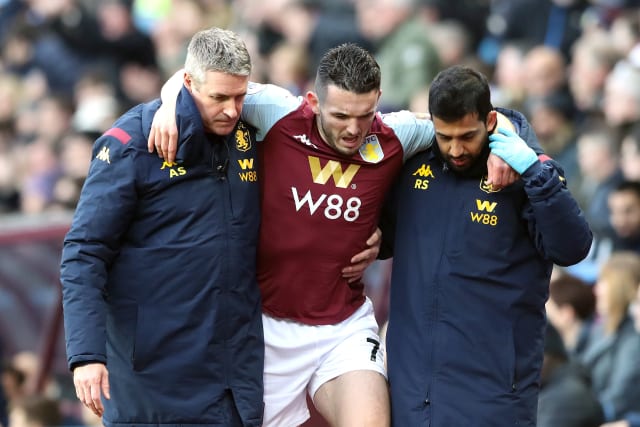 McGinn was forced off after just eight minutes after appearing to get his studs caught in the turf.

Villa boss Dean Smith confirmed after the match that the Scotland midfielder had been sent for an X-ray, with the club confirming the extent of the damage on Sunday.