Ings can force his way into Euro 2020 contention – Hasenhuttl 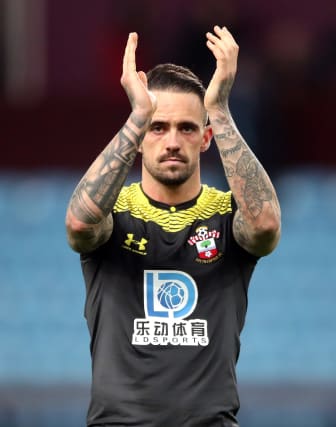 The striker has scored 12 goals in his last 13 games after his double in Saints’ 3-1 win at Aston Villa on Saturday.

He has 13 goals for the season in all competitions – 11 in the Premier League to pull level with Tammy Abraham and Pierre-Emerick Aubameyang – and only Jamie Vardy has more in the top flight.

Ings has one cap for England, against Lithuania in 2015, but Hasenhuttl feels he could give Three Lions manager Southgate a selection poser.

He said: “It’s good to have more English strikers who can score, he’s a typical No.9 in the box. With his technique there are not many strikers who are better than him.

“The good thing is, it’s not my job to decide this (if Ings makes the England squad), I have to make so many decisions every day but this one I don’t have to do and it’s good.

“It’s nice for England that they have a lot of very good strikers and Ings is one of them.

“At the moment he is fit, he can score, and we’re all happy about that because last season he had big problems with his injuries and was a long time out.”

Southampton are now three points above Villa and the relegation zone after a third win in five games and they travel to Chelsea on Boxing Day.

“It’s nice when you’re above the line but there’s a long way to go,” said Hasenhuttl.

“It’s important we know it’s a very tough league and every win is a massive lift for us.

“There are a few clubs ahead of us with one point more, they haven’t been in the relegation zone yet but we know what it is about. Like last season we have this fight for staying up.”