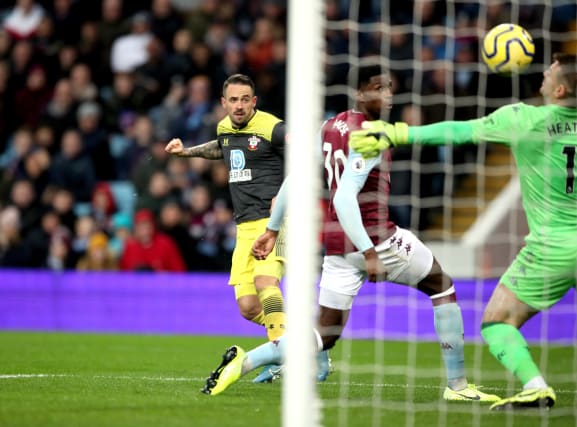 The forward scored twice in a 3-1 victory to lift the Saints out of the Premier League relegation zone.

The Saints are now 17th, three points above Villa who dropped into the bottom three, with Ings having scored 12 goals in his last 13 games.

“It’s massive,” 13-goal Ings told the club’s official site. “We knew how important it was to come here, put in a big performance and get the points.

“I thought we did that. Take the goals out of the equation, the lads defended unbelievably well – you could see when the crowd were up and their team were building momentum, we shut that out quite well.

“Credit to everybody off the ball, because that was just as important as scoring the goals.

“Our defence, the midfield and Longy (Shane Long) working his socks off again… it means so much to the team. It’s so important that we have that side as well as the quality on the ball.”

They are now three points behind Southampton ahead of Boxing Day’s crucial visit of Norwich and Saturday’s trip to Watford.

Boss Dean Smith is also sweating on John McGinn’s fitness after the midfielder went for an X-ray on Saturday night.

He was forced off early after landing badly on his ankle.

Smith said: “He’s gone for an X-ray. It doesn’t look good. He got his studs caught in the turf.

“John got ahead of their centre-half and he brings him down. We should get a free-kick, but we don’t.

“John gets frustrated and starts chasing the ball and unfortunately gets injured in front of us in the dugout.”