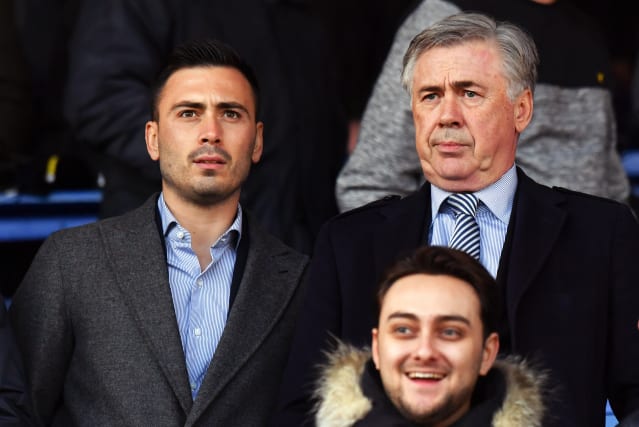 Carlo Ancelotti has targeted Champions League football with Everton, who he has described as “one of the greatest clubs in England”.

Everton appointed Ancelotti as their permanent new manager on Saturday and the 60-year-old Italian has signed a four-and-a-half-year contract.

“I’m excited to be here at one of the greatest clubs in England,” Ancelotti told evertontv in his first interview at the club.

“The ambition is for us to try to win and be competitive. The goal is there to reach the Champions League or Europa League. Winning honours has to be the dream for this club and for the supporters. I am here to try to do this.”

Ancelotti won the Premier League and FA Cup double at Chelsea in 2010 and is one of only three managers to win Europe’s elite competition on three occasions.

“To Evertonians I would like to say, stay with the team as you always do because it’s really important for the players to have your support.

“I would like to work together with the supporters. My dream is to bring success to this club.”

Ancelotti, who won the European Cup twice with AC Milan and the Champions League with Real Madrid and also had spells at Juventus, Paris St Germain and Bayern Munich, is already “loving” being at Everton, according to chairman Bill Kenwright.

Kenwright sat next to Ancelotti in the directors’ box at Goodison Park on Saturday to watch the Toffees play out a goalless draw with Arsenal that was hardly inspiring.

But Kenwright is confident Ancelotti is the man to push Everton back towards the top of the Premier League and praised majority shareholder Farhad Moshiri for aiming high.

Kenwright told evertontv: “I have to take my hat off to Farhad. We interviewed a lot of people and Farhad was pushing for a world-class manager.

“He wants this team to be where he’s wanted it to be for three and a half years. He wants this club to be winning trophies.

“That is what he is here for. We want a world-class manager to help us do that and to get us to this magnificent new stadium.

“Carlo’s had a little bit of an Everton experience today. He’s already loving the club. You can’t not feel the embrace of this club, can you?”

While Kenwright is hugely excited for the start of a new era he reserved special praise for Duncan Ferguson, who stepped in as caretaker boss following the sacking of Marco Silva.

Ferguson’s four-game spell resulted in victory over Chelsea, draws with Manchester United and Arsenal and a loss on penalties to Leicester in the Carabao Cup.

The Scot, a hero as a player at Goodison Park, brought a huge amount of passion and energy to the role, and Kenwright said: “It’d be hard for me to put into words the Duncan Ferguson era.

“I get emotional because I am an emotional chairman. He gave the club and fans a reminder of what a privilege it is to be an Evertonian.

Ferguson will stay at the club as part of Ancelotti’s backroom staff and Freddie Ljungberg has also been told he will be kept on under Mikel Arteta’s management at Arsenal.

It was a unique situation with both men on the touchline at Goodison Park being watched by their new bosses after Arteta’s appointment on Friday.