5 things we learned from the weekend’s Premier League action 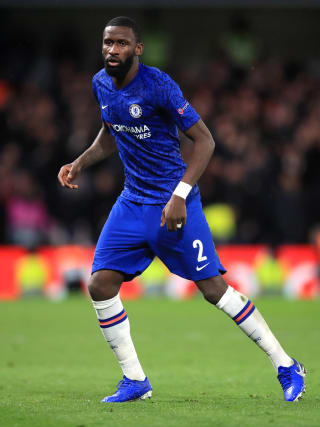 Chelsea secured victory at Tottenham, but an allegation of racism from fans towards Antonio Rudiger was reported during the battle between two London clubs fighting for the Premier League top four.

Elsewhere, Manchester United’s inconsistent season continued with defeat at Watford while Liverpool’s grip on the title increased after Manchester City and Leicester did battle.

Here, the PA news agency looks back at five things we learned from this weekend’s action.

Frank Lampard watched his Chelsea get the better of Jose Mourinho’s Tottenham, but an allegation of racism marred the 2-0 win for the Blues. Away defender Rudiger was on the receiving end of an alleged racist remark from the stands, which was reported to referee Anthony Taylor, who informed both managers. A Tottenham stadium announcement during the game said “racist behaviour among spectators is interfering with the game”. There were two further announcements. It was a real sour note after a brilliant victory for Lampard following a difficult run of form.

Manchester United’s dependence on Paul Pogba was highlighted in the defeat at Watford. The Red Devils entered the game on a high, after recent wins over Manchester City and Tottenham, but it is in matches against sides outside of the top six where the Frenchman’s creativity is needed. Ole Gunnar Solskjaer’s team can sit back and counter-attack against the likes of City and Spurs, but they continuously struggle to break down the other teams in the Premier League. The introduction of Pogba at Vicarage Road saw United finally wake up and he helped them to create a number of chances. It was too little too late and again shows his importance going forward this season.

While the visitors at Watford were incredibly poor for an hour, the hosts secured three much-needed points and especially at home. Nigel Pearson’s arrival – combined with Hayden Mullins’ brief, but noteworthy impact as caretaker – has resulted in the Hornets’ survival prospects improving. They have been solid in games against Leicester, Crystal Palace and Liverpool and finally got their reward in front of goal against United. Pearson’s men will be bottom at Christmas but have a building block ahead of a crucial run of fixtures coming up.

Liverpool returned to England from Qatar on Sunday with the Club World Cup and also their Premier League title prospects boosted. A few weeks back there was a chance when they faced Leicester on Boxing Day that the Foxes could be within touching distance, but Brendan Rodgers’ side lost 3-1 at Manchester City on Saturday to ensure the gap remains at 10 points. On top of this, the Reds have a game in hand over their title rivals. It feels like only a matter of time before Jurgen Klopp gets his hands on the Premier League trophy.

At the halfway point of the league season, new boys Sheffield United are fifth after another excellent result on the road. The away-day specialists claimed a 1-0 win at Brighton thanks to Oli McBurnie’s first-half goal. It made it three victories in a row for Chris Wilder’s side, who are yet to lose away from home in the Premier League this season. Talk of a European tour was played down by Blades fan Wilder afterwards, but they have been more consistent than Spurs, United and Arsenal so far.