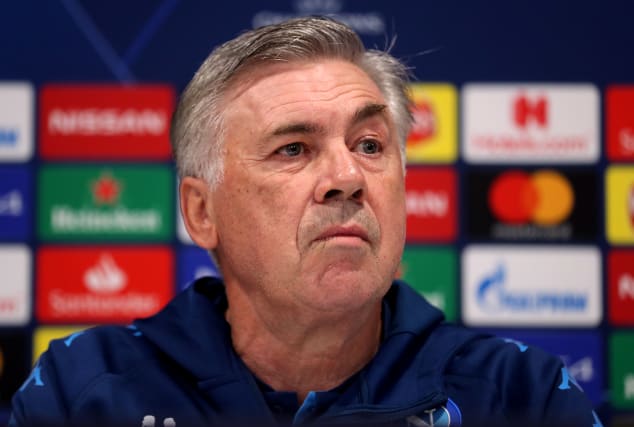 Everton have appointed Carlo Ancelotti as their new manager after sacking Marco Silva earlier this month.

The 60-year-old Italian is one of only three managers to win the Champions League three times – twice with AC Milan and once with Real Madrid.

Duncan Ferguson made an instant impact in his role as caretaker manager and will remain on Ancelotti’s coaching staff. Ferguson galvanised both players and fans after Silva’s departure, instilling passion and belief overnight as Everton beat Chelsea and drew at Manchester United to climb out of the relegation zone. Ancelotti would be wise to lean on him heavily as he gets to know his new squad and keep the 47-year-old Scot close to the players in a bid to maintain their momentum.

Moise Kean arrived at Goodison to a fanfare in the summer. The teenager had scored eight goals in 21 appearances for Juventus and burst on to the international scene by scoring twice in three games for Italy. But he is yet to hit the net in 14 appearances for Everton and his struggles reached a new low at Old Trafford on Sunday when he was hooked just 15 minutes after stepping off the bench. Ancelotti must quickly get inside the 19-year-old’s head to find out what makes him tick and unleash his undoubted potential.

Silva could point to a string of injuries in mitigation for Everton’s poor form this season and Ancelotti will task his backroom staff with ensuring all his key players are available as soon as possible. The club’s £25million summer signing Jean-Philippe Gbamin and Andre Gomes are long-term absentees and have been joined on the sidelines by Theo Walcott and Morgan Schneiderlin. Fabian Delph, Yerry Mina and Seamus Coleman are all working their way back to full fitness and the new boss will be hoping for better luck.

Dominic Calvert-Lewin has embodied Ferguson’s fighting spirit of late. The 22-year-old, alongside Richarlison, answered his caretaker boss’s call to arms by firing a double in the win against Chelsea and turning in another accomplished centre-forward’s display against Manchester United. The former Sheffield United striker is another young player whose exciting potential Ancelotti must harness, while fans favourite Ferguson is the ideal man to help him do it.

Look up, not down

Everton were in the Premier League’s bottom three two games ago, but now sit three points clear and Ancelotti has time enough to steer a talented squad quickly up a congested table. Only seven points separate the Toffees from sixth-placed Manchester United and if momentum can be maintained over the Christmas period – they face Arsenal (h), Burnley (h), Newcastle (a) and Manchester City (a) – Ancelotti’s aspirations for the rest of the season will be in stark contrast to those of the club’s fans after Silva’s final game in charge.