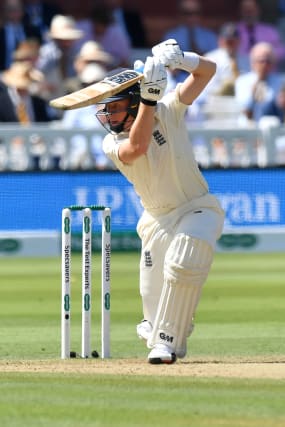 Ollie Pope smashed his way to 132 as England piled on the runs on day two of their final Test warm-up in South Africa, but the absence of three key bowlers continued to loom large over proceedings.

Stuart Broad, Jofra Archer and Jack Leach were all absent from the ground in Benoni, quarantined at the team hotel due to an illness that has wiped out their first week on tour and raised concerns over their availability for the Boxing Day Test.

Pope, meanwhile, resumed on an overnight score of 70 and proceeded to add 62 runs in just 58 deliveries in the morning session against South Africa A.

England declared on 456 for seven as soon as Pope holed out, looking for a third six to go with 22 boundaries.

Pope needed one slice of luck early on, put down at slip on 76 but that was just one in a catalogue of fielding errors from the hosts.

Jos Buttler was also grassed at mid-wicket, Rudi Second’s third such error, and Jonny Bairstow saw the loopiest top edge go unclaimed as both wicketkeeper and slip left the chance for each other. In all, England benefited from seven missed chances in the innings and cashed in appropriately.

Pope’s eye-catching knock was cause for considerable optimism, with the highly-rated 21-year-old following Joe Denly’s lead in reaching three figures for the first time in England whites, but there remains concern in the camp over their depleted attack.

Of the afflicted trio Broad is understood to be making most progress, with Archer still struggling and Leach highly unlikely to be ready for the series opener in Centurion.

They were scheduled to take part in a light gym session on Saturday morning and could yet travel to Willowmoore Park for net practice but they are still being kept away from team-mates to reduce any spread of the virus.

James Anderson and Chris Woakes managed three overs each before lunch, with the hosts 13 without loss.