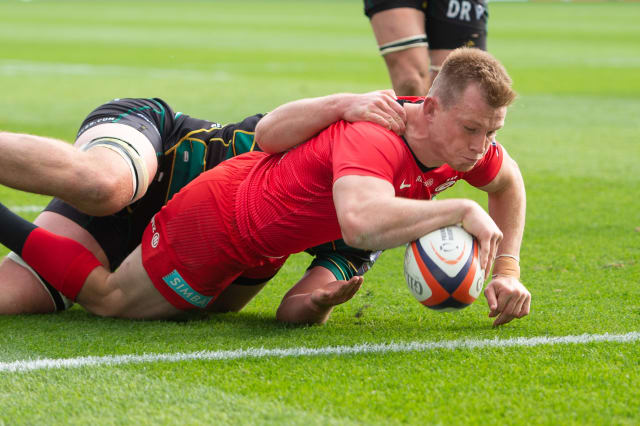 Saracens won their fifth Premiership game in a row after a seven-try mauling of Bristol Bears earned them a 47-13 bonus point victory.

Max Malins and Nick Tompkins scored two tries apiece with Mako Vunipola, Ben Earl and Brad Barritt also scoring as Saracens continue their bid to climb off the bottom of the table after being docked 35 points for salary-cap infringements.

Bristol have not won at Saracens for 13 years but led until the very last second of the first half.

They opened the scoring with Luke Morahan’s try but Saracens ran riot in the second half scoring five unanswered tries.

Bristol broke the deadlock against the run of play in the 10th minute when Callum Sheedy’s cross-field kick found the on-rushing Morahan who gathered and dotted down in the corner to stun the home crowd.

Jolted into life by a try out of nothing for Bristol, Saracens hit straight back and scored when Mako Vunipola dived over from close range after Malins’ break had taken the home side into Bristol’s 22.

Bristol were denied another try after the TMO ruled wing Toby Fricker had not grounded the ball before it went dead but they did take a 13-7 lead after two Sheedy penalties.

Saracens set up camp in the Bristol 22 for the last 10 minutes of the half, and the visitors gave away four penalties in succession at the maul.

Saracens captain Barritt repeatedly elected to kick for the corner and was rewarded when the ball was passed out of the maul to full-back Malins who jinked inside the despairing efforts of the Bristol defenders to score under the posts on the stroke of half-time.

The momentum swing was compounded in the 44th minute when the Saracens centres combined as Barritt’s short ball put Tompkins through the middle of the visiting defence to score under the posts.

Saracens moved through the gears in the second half and stretched their lead in the 48th minute when Owen Farrell’s perfectly timed pass to 21-year-old Earl enabled him to run in the hosts’ bonus-point try with Bristol losing hooker Harry Thacker to a yellow card soon after for persistent infringements.

Man of the match Malins scored his second try of the game in the 56th minute after Tompkins threw a lovely pass off his left hand to Sean Maitland who charged down the wing before hurling the ball inside for Malins to score.

Captain Barritt got a try of his own in the 64th minute as he crashed over in the corner after a number of phases on the Bristol line.

Barritt then turned provider as his deft grubber past the Bristol defence saw Tompkins collect and score his second under the posts.