Guardiola praises Manchester City for playing it perfectly against Leicester 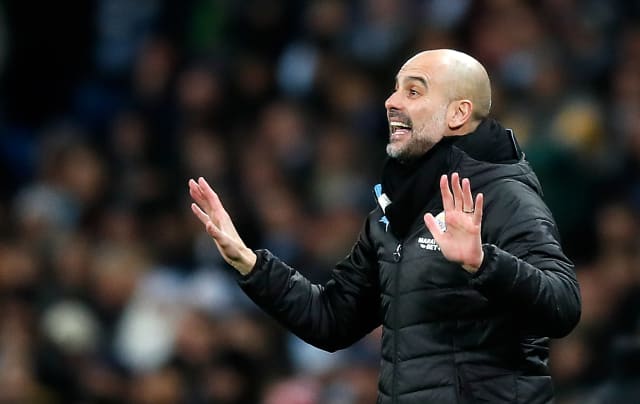 Pep Guardiola praised his Manchester City side for playing in exactly the way he wanted as they beat Leicester 3-1 in some style.

The Premier League champions overcame the setback of a Jamie Vardy breakaway goal to power to an impressive victory at the Etihad Stadium.

Kevin De Bruyne was outstanding in all departments and pulled the strings as City hit back with goals from Riyad Mahrez, Ilkay Gundogan – from the penalty spot – and Gabriel Jesus.

The victory brought City back within one point of the second-placed Foxes.

Guardiola said: “Even before Vardy’s goal we were playing well.

“It was an incredible performance with and without the ball and we defended so high.

“Having Vardy there is so dangerous, but were at a high level so I am so pleased.

“I must say thank you to the players for following me and playing the way we wanted.

“I am very pleased. I like to watch my team play in that way. When the team doesn’t follow the way I want to play I will leave.

“I hope in the future we can continue at this level.”

Guardiola said: “When we play that way we can increase the quality of our players like Kevin.

“He won the game against Arsenal on his own but today it was a victory for the team.

“But in that position he is incredible. He has everything. He was amazing.”

Guardiola said: “The problem we have at the moment is that Liverpool are winning all their games, so we have to congratulate them.

“We may lose games, we may lose points, but we must never lose our incredible personality.”

Leicester’s defeat ended their 12-game unbeaten run but manager Brendan Rodgers took encouragement from the fact his side remained above such an impressive team as City.

He said: “It actually shows how well we’ve done to be where we are. Against that level of opponent it was a good lesson for us.

“No complaints about the result from me. We were a little more like ourselves in the second half, but it showed there’s a long way to go for this group of young players.

“We are learning. If you had asked me in August when we started, ‘Would you take second in the league and the semi-final of the first cup competition?’, we would have taken it, and there is still so much for us to improve on.”