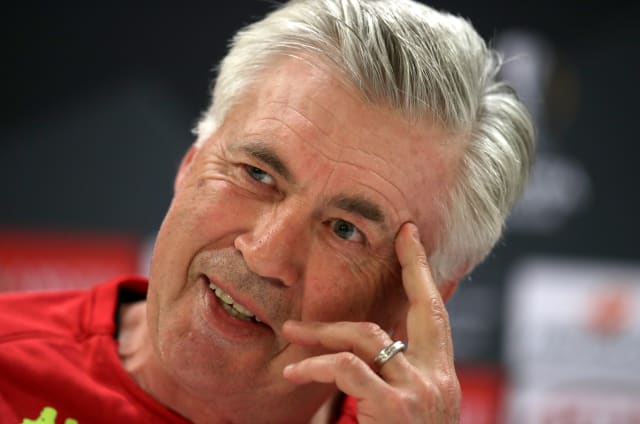 Carlo Ancelotti’s appointment as Everton’s new boss is an undoubted coup for the Merseyside club.

The 60-year-old Italian has won major trophies in his homeland, England, France, Spain and Germany and is one of only three managers to win the Champions League three times.

He won it twice with AC Milan and once with Real Madrid and joins Bob Paisley, who won the old European Cup on three occasions with Liverpool, and Zinedine Zidane (also Real Madrid) in an elite club.

Ancelotti was sacked by Napoli on December 10 just hours after guiding them to the Champions League knockout stage, but his dismissal after a dispute with president Aurelio De Laurentiis has done little to diminish his stature on the world stage.

On his only previous assignment in England, Ancelotti won the Premier League and FA Cup double with Chelsea in 2010.

Chelsea went on to finish his second season in charge as Premier League runners-up behind Manchester United before he was sacked.

Ancelotti was lured to London by Chelsea owner Roman Abramovich after spending eight seasons at AC Milan, with whom he twice won the Champions League, in 2003 and 2007, as well as the Serie A title in 2004.

He was already a household name in Italy after a 16-year playing career at Parma, Roma and AC Milan, during which the former midfielder won 26 caps for his country.

Ancelotti won the Serie A title in 1983 and the Coppa Italia four times as a player with Roma, but missed out on their European Cup final defeat to Liverpool on penalties in 1984 through injury.

A move to AC Milan followed and he played a key role in Arrigo Sacchi’s dominant side which won the Serie A title in 1988 and consecutive European Cups in 1989 and 1990.

After learning the managerial trade as assistant to Italy head coach Sacchi between 1992 and 1995, Ancelotti took charge of Reggiana and in his only season steered them to promotion from Serie B.

He then delivered Champions League football while in charge of Parma after guiding them to the runners-up spot in Serie A and repeated the feat at Juventus in 2000 before being unceremoniously sacked.

Juve announced his dismissal at half-time during their final game of the season and reappointed Marcelo Lippi.

Ancelotti’s managerial stock rose at his next club, Milan, who he steered to the Serie A title in 2004 and two Champions League triumphs in 2003 and 2007.

Following his league and cup double success at Chelsea, Ancelotti won the Ligue 1 title with Paris St Germain in his first full season – they lost on away goals to Barcelona in the Champions League quarter-finals – before he quit to replace Jose Mourinho at Real Madrid.

Real signed Gareth Bale for a then world record £86million before Ancelotti’s first season in charge and won the Champions League for a 10th time at the end of it.

Ancelotti is the only man to win two European Cups/Champions Leagues as a player and three as a manager.

He was sacked by Real in 2015 after successive third and second-placed finishes in LaLiga, but was hired by Bayern Munich later that year and in his solitary full season in charge, the German giants secured a fifth successive Bundesliga title.

Napoli appointed Ancelotti as Maurizio Sarri’s successor in time for the 2018/19 season and finished runners-up in Serie A to Juventus.

But after a nine-game winless run and a high-profile row with club president De Laurentiis, Ancelotti was sacked earlier this month.