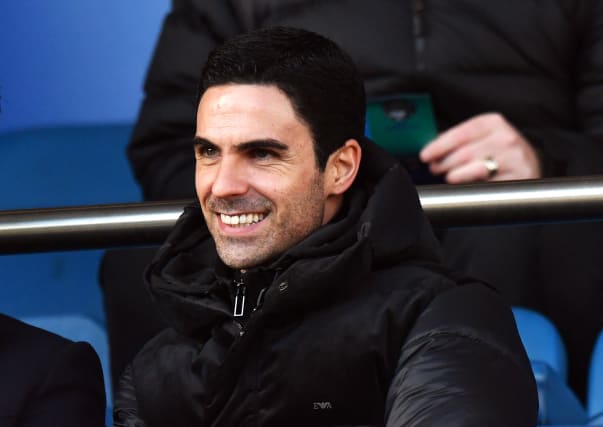 New Arsenal manager Mikel Arteta watched from the Goodison Park stands as the Gunners ground out a goalless draw with Everton in Freddie Ljungberg’s final game as caretaker boss.

It was clear Arteta, appointed on Friday on a three-and-a-half-year contract, has plenty of work ahead of him if Arsenal are again to become a team to be revered in the Premier League.

Ahead of his first match in charge at Bournemouth on Boxing Day, the PA news agency looks at five things Arteta will have learned from the clash with the Toffees.

A real leader is required

The Gunners have been crying out all season for someone to take the team by the scruff of the neck during a match, to cajole and to inspire. Throughout 90 insipid minutes against the Toffees, there was again no one who came to the fore to grab hold of a game that was there for the taking. Arteta needs to find someone who can guide with guile and steel.

The spark has gone from the attack

Arsenal have scored just 24 goals from 18 games this season, one of their lowest returns at this stage in the Premier League. Pierre-Emerick Aubameyang, who has 11 of those, cut a forlorn figure at times against Everton as he was starved of service playing as a lone striker before being subbed late on for Alexandre Lacazette. Behind him in midfield there was little cut and thrust. Invention is again needed.

There is hope defensively

Arsenal went into the game without a clean sheet in 14 matches, in which they had conceded 28 goals. Arteta needed to see his defence not concede and he at least got that, albeit against a toothless Everton side that failed to record a shot on target. The Gunners’ back four can claim they managed to keep their hosts contained. It is something to build on.

Youth is not the answer – yet

The line-up was Arsenal’s youngest since May 2011 and included the likes of 18-year-olds Bukayo Saka and Emile Smith-Rowe, the latter making his first Premier League start. For the most part, the youngsters acquitted themselves well, but if the club is to have any hope of pushing for a Champions League place then Arteta has to get the best out of his experienced players, while allowing youth to develop over time.

Fresh blood is needed in January

Former manager Unai Emery spent £138million in the summer, although one of those players – £27million defender William Saliba – was immediately loaned back to St Etienne. Despite what appears to be a strong squad on paper, including £72million club record signing Nicolas Pepe who was sat on the bench at Goodison Park, Arteta will likely want to bring in his own players who will react to his demand for energy and passion, both of which have been lacking of late.