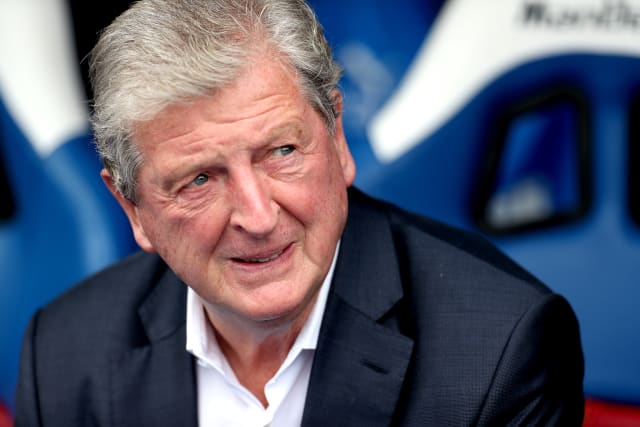 Crystal Palace boss Roy Hodgson faces a defensive crisis ahead of the trip to Newcastle after Scott Dann picked up a calf problem in training on Friday.

The Eagles’ personnel woes have shown no signs of easing in recent weeks, with five players missing during the 1-1 draw with Brighton on Monday.

Makeshift left-back Jairo Riedewald was forced off with a hip injury against the Seagulls and, when asked about the injuries piling up, Hodgson said: “Patrick Van Aanholt has started training with us again so that is very positive.

“We suffered a setback in training this morning with Scott Dann who is going to have a scan this afternoon, I can remain hopeful that that won’t show anything and it might just be a little scare that you get sometimes in training sessions.

“If Scott can’t make it then it has been worsened and of course our problem is that all the injuries are occurring in the same area of the field.”

On whether the current injury problems were the worst he has encountered in his career, the Palace boss said: “I am sure that there have been bad ones in the past.

“I am sure that I have lived through it an dealt with it because that is what you have to do, but certainly it is the worst since I have been here at Crystal Palace.”

Hodgson could strengthen the squad in January, saying he believes the club and the owners were not divided in their opinions on transfers.

He added: “I spoke to the American owners when they were over when we played Bournemouth and they were very much on board as well.

“So it’s a question really of making certain that we do our work and we find our targets and we work hard to get those targets.

“I believe that everyone in the club is on board with the fact that we do need reinforcements in the transfer window because we weren’t able to get it in the previous transfer window.”