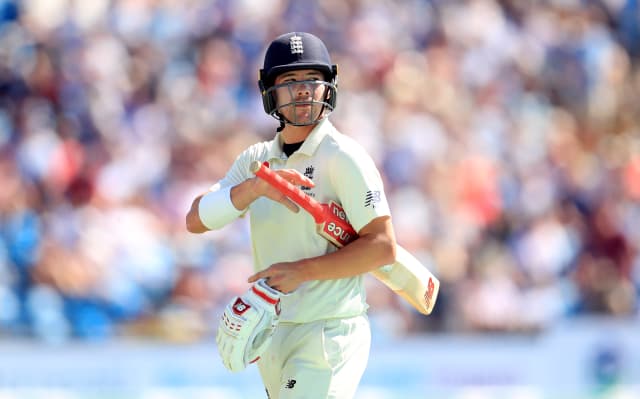 England’s preparations for the Boxing Day Test against South Africa continued to be hit by illness, but Rory Burns’ half-century ensured an undramatic first morning in their final warm-up match.

As with England’s first practice fixture, Stuart Broad, Jofra Archer and Jack Leach were all absent for day one of the clash against South Africa A in Benoni with flu-like symptoms, meaning they have not played any competitive cricket since landing.

Concern over their conditions led to emergency call-ups for Somerset bowlers Craig Overton and Dom Bess, who have been summoned as cover, while three other members of the squad have suffered with milder variations of the bug.

The absent trio could still feature over the weekend as England successfully lobbied Cricket South Africa to declassify the warm-up match, which had been scheduled as a first-class fixture.

Given their depleted attack England were hoping for a day at the crease at Willowmoore Park and, having won the toss, Burns and Dom Sibley batted for an hour and a half together in a stand of 60.

Burns was almost out for one when a top-edged pull just cleared mid-wicket, but soon began compiling a solid innings of 52 not out by lunch.

Sibley made a secure 22 before losing his off stump to Andile Phehlukwayo’s fourth ball of the day. Phehlukwayo is part of the South Africa Test squad and in beating Sibley’s defence with a hint of movement off the pitch, he showed why.

At lunch England were 91 for one, with Joe Denly partnering Burns on 12no.

Overton and Bess are due to arrive on Saturday, having recently taken part in winter training camps.

Paceman Overton, who played the last of his four Test during this summer’s Ashes, has just left South Africa having joined James Anderson and Mark Wood in Potchefstroom and Cape Town, while spinner Bess has been working with Sri Lanka great Rangana Herath in Mumbai.