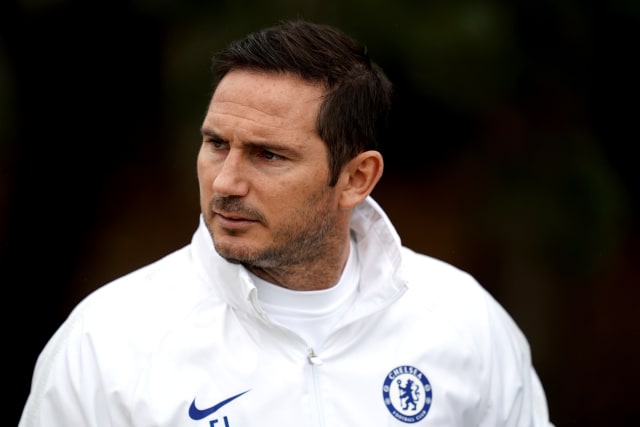 Frank Lampard insists he will not try to be a managerial “clone” of Jose Mourinho.

Lampard maintains the Chelsea-Tottenham rivalry is far more important than his personal battle with his former Blues boss Mourinho.

Current Stamford Bridge chief Lampard will go up against his ex-Blues manager Mourinho in Sunday’s derby clash at the Tottenham Hotspur Stadium.

And Lampard believes he must forge his own path in management, rather than try to copy Mourinho, who had a significant guiding hand on the ex-England midfielder’s career.

Asked to name the most important lesson he took from working with Mourinho, Lampard said: “There’s not one thing, no; he’s obviously a good manager with loads of good attributes.

“But there’s not one specific thing I learned working under him, and I wouldn’t strive to be a clone or anything.

“I’m happy to go up against Jose; for me to play under him, he was a big influence in my career.

“To go up against him for Derby against Manchester United last year was a big deal for me. And that still remains.

“I’ll always have respect for him. The bigger thing is Chelsea-Tottenham, and what that rivalry means to our players and us.

“Rivalries are what you feel about your club. Our fans will demand on Sunday what we feel for the game; passion.”

Now the relationship has morphed with the two men peers, and Mourinho already making progress at Chelsea’s arch rivals Spurs.

Asked to appraise the rivalry between the sides, Lampard said: “It should be relatively even when you look at the clubs and, in the last four years, where Chelsea and Tottenham have been fighting to get into the top four.

“They had a fantastic manager in Mauricio Pochettino who built an incredible team, that made them a big challenge for every team in the Premier League. It’s always a competitive fixture.”

Chelsea head to Spurs desperate for a result after just one win in five Premier League matches.

The Blues slipped up 1-0 at home to injury-hit Bournemouth last weekend, with boss Lampard bemoaning his side’s sluggish play in defeat.

Chelsea have had a full week’s preparation ahead of the Tottenham trip, leaving Lampard hoping his players are refreshed and ready to press on again.

Asked about the significance of a full week’s build-up, Lampard said: “It feels valuable for that. There was much-needed rest at the beginning of the week.

“The last performance at home, where we didn’t show the edge we had in terms of chance creation, it was important to have a bit of a rest.

“We’ve had the chance to be more active in the back end of the week. We’ll see if that helps.”