Arteta will demand full commitment from his Arsenal players 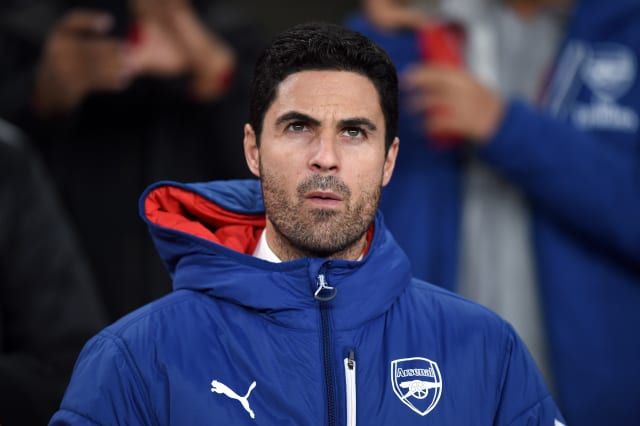 One thing seems certain as Mikel Arteta prepares to take on the Arsenal job – no one is in for an easy ride.

“My philosophy will be clear. I will have everyone 120 per cent committed, that’s the first thing. If not, you don’t play for me,” was the Spaniard’s blunt response when asked what his management style was likely to be, shortly before he retired from playing.

“Then I want the football to be expressive… we have to entertain the people coming to watch us.”

They are sentiments which will no doubt sit well with former Gunners boss Arsene Wenger, whose departure in May 2018 prompted Arsenal’s first managerial recruitment process in almost a quarter of a century.

Unai Emery was the man then chosen to fill such sizeable shoes – a task which proved beyond the experienced Spanish coach as he lasted just 18 months.

Now it is to a former fans favourite and captain that Arsenal have turned in the club’s hour of need. At 37, he becomes one of the youngest to manage in the Premier League.

Born in the Basque coastal city of San Sebastian, Arteta played on the beaches at Playa de la Concha with future Liverpool star Xabi Alonso before they lined up alongside each other for local club Antiguoko.

Always a keen student of what it takes to add that extra something special, there were plenty of footballing philosophies for the young Arteta to take in.

It was through the ranks of Barcelona’s La Masia academy – sharing a dormitory with the likes of Pepe Reina, Victor Valdes, Andres Iniesta and Carles Puyol – where Arteta first came across the influences of Pep Guardiola, himself schooled by Dutch maestro Johan Cruyff.

Guardiola was the player a 16-year-old Arteta replaced as a substitute to make his debut for Barcelona B.

After former England boss Bobby Robson and then Louis Van Gaal also made their mark at the Nou Camp, Arteta’s search for first-team football took him to Paris St Germain on loan in January 2001, playing under captain Mauricio Pochettino.

Arteta became an essential part of Rangers’ 2003 domestic treble, eventually leaving the club in 2004 to return to Spain with Real Sociedad

Come the summer of 2002, the combative midfielder made a permanent move to Scottish giants Rangers, helping them qualify for the Champions League group stages.

But in January 2005, Everton boss David Moyes had seen enough to convince him Arteta could fill the void of Thomas Gravesen’s departure and brought the Spaniard to England.

A successful loan spell was soon made permanent, with Arteta able to move in next door to boyhood friend Alonso in a flat at the city’s Albert Dock.

There were, though, also disappointments. Arteta suffered a serious cruciate knee ligament injury in February 2009, just at a time when he appeared set for a call-up to the senior Spain squad.

Nevertheless, in the summer of 2011, after Cesc Fabregas left Arsenal for Barcelona, it was Arteta to whom Wenger turned as the team’s fulcrum, with his reliability allowing others freedom.

Arteta led the team out at Wembley for the 2014 FA Cup final against Hull, where the Gunners fought back after trailing 2-0 inside the opening eight minutes to enable him to lift his first major trophy in English football.

The likeable Spaniard was then appointed as club captain, his influence off the field growing as a role within the team itself became more peripheral, due in part to ongoing fitness battles.

The midfielder, though, made full use of any extra time, completing his coaching badges and making a trip to take in Guardiola’s methods first hand after his old friend moved from Barcelona to Bayern Munich.

Determined to continue that learning process after finishing his playing career with the Gunners in May 2016, Arteta took up the offer of a more permanent reunion with Guardiola on the coaching staff at the Etihad Stadium.

His reputation has quietly grown during a period in which City won back-to-back league titles in 2018 and 2019.

That emerging pedigree has convinced Arsenal’s board he is now ready to manage on a full-time basis.

It is unlikely Arteta’s role at Arsenal will be anywhere near as all-encompassing as that of Wenger during the Frenchman’s tenure, with his focus to be on what happens on the pitch.

In a 2014 interview with the official Arsenal magazine, Arteta again offered insight into what can now be expected.

“I would want my players to express themselves. You can give them knowledge and ideas about what you want to do, but afterwards you need to leave room for their own ability and creativity,” said Arteta.

“You have to learn from your players, and if you can do that, then you can do something new.”

After 22 years under Wenger’s vision, and then just 18 months of Emery’s blinkered viewpoint, perhaps that is just what everyone at Arsenal needs right now.