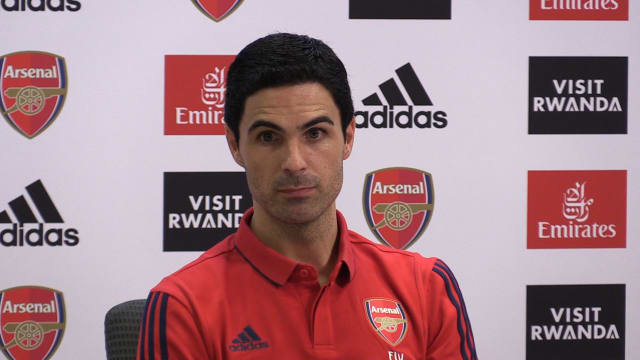 Mikel Arteta has warned his Arsenal players they need to shape up or ship out as he looks to make an impact as the club’s new head coach.

The 37-year-old left the coaching staff at Manchester City to take the managerial job at the Emirates Stadium on a three-and-a-half year deal.

He replaces Unai Emery, who was sacked three weeks ago after 18 months in charge, but will not be in the dugout for Saturday’s Premier League trip to Everton.

Interim boss Freddie Ljungberg will take charge of the game at Goodison Park before Arteta fully takes over, with his first fixture coming away at Bournemouth on Boxing Day.

Arteta, who said he felt he was “back home” after returning to the club he captained during his five-season spell as a player, will be tasked with reversing the fortunes of a Gunners team which have won just one of their last 12 games.

And he immediately made clear his expectations of his squad.

“The first thing is a little bit to change the energy,” he said.

“Last week I was here with Manchester City and I was a little bit down after the game when I felt what was going on.

“We have to build a culture that has to sustain the rest. If you don’t have the right culture, in the difficult moments, the tree is going to shake.

“So my job is to convince everybody that this is how we are going to live and, if you are going to be part of this organisation, it has to be in these terms and in this way.”

Asked if he felt the club had lost its way, Arteta added: “That’s what I’m sensing from the outside.

“I would like to start to make some steps and start to understand the reasons why. There will be reasons behind it and a history behind it.

“I have to try to understand quickly why this is, to implement certain things that will be quick wins, for the players, the staff and everybody. That is the challenge now.

“We have to create the right vibe, the right energy, and everybody at the organisation has to feel so privileged to be here. There’s no other way.”

Arteta has no previous managerial experience but played down the impact that would have as he looks to make an immediate impact.

“I’m extremely happy and proud to have been given the opportunity to be the manager of this football club.

“I’ve been preparing for a few years for this challenge to come. I know the expectations, I know the level and I know the stature of this club, and what it deserves.

“I’m ready for that challenge, I can’t wait to start working with the players, and everybody here at the club.

“I completely understand their concern (about a lack of experience). That’s the only thing I can say, but I will try to convince them that I’m prepared, that I wouldn’t be sitting here if I honestly didn’t think I’m prepared to take this responsibility. I will burn every drop of blood for this football club to make it better.”

Working under Pep Guardiola at Manchester City saw Arteta’s stock rise and he said he would take some lessons from the time he spent under the Spaniard.

“His work-rate is incredible, how inspirational he is to people is incredible. But for me, the secret is that the people, the players and the staff have to believe what they’re trying to deliver.

“You have to be able to transmit it, and people will buy into that. When you do that, then you are a team and everybody’s together and united you’re stronger.”

It remains to be seen who will be appointed to Arteta’s backroom staff and it is unclear if Ljungberg will drop back down to an assistant’s role or leave the club.

The Swede, though, hinted he would be staying on the coaching staff.

He tweeted: “It’s been an honour to have helped the club I love for the last few weeks and I am excited to work with @m8arteta and his staff moving forwards.”