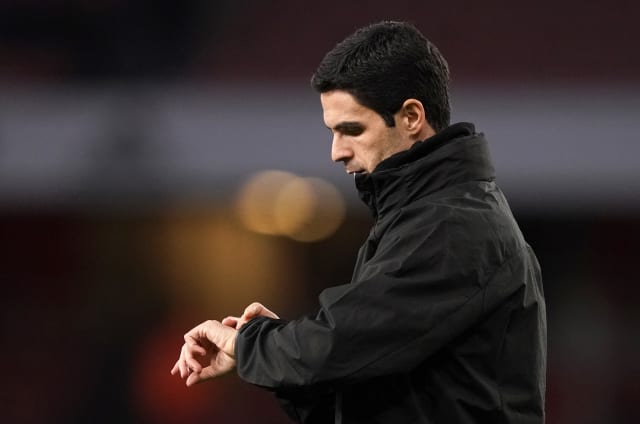 Elsewhere, Leicester and champions Manchester City will attempt to boost their slim title prospects, and Aston Villa versus Southampton promises to be a tasty encounter at the wrong end of the table.

Here, the PA news agency takes a look at some of the main talking points ahead of the latest round of top-flight fixtures.

Showdown between the managerless clubs

Everton and Arsenal are two teams undergoing transitional periods and will remain under the guidance of their respective interim managers for Saturday’s lunchtime kick-off. Both clubs have stepped up their searches for permanent appointments this week, with Carlo Ancelotti reportedly on the Toffees’ radar to succeed Marco Silva and Mikel Arteta set to take the Gunners’ hot seat. Caretaker managers Duncan Ferguson and Freddie Ljungberg have had contrasting impacts; ex-Everton striker Ferguson has taken four points from tricky fixtures against Chelsea and Manchester United, while former Gunners midfielder Ljungberg has managed a solitary win from four league games.

Jose Mourinho and Frank Lampard will be in opposing Premier League dugouts for the first time on Sunday afternoon. Mourinho’s Tottenham and Lampard’s Chelsea have been going in opposite directions in recent weeks. Spurs were a staggering 12 points adrift of the Blues when Mourinho replaced Mauricio Pochettino a month ago. Remarkably, they can take fourth place from their London rivals on goal difference with victory on Sunday afternoon. Lampard, whose Derby team overcame Mourinho’s Manchester United side on penalties in last season’s Carabao Cup, will be determined to again come out on top against his old boss.

Best of the rest meet in the east Midlands

Runaway leaders Liverpool may be more than 3,000 miles away and unable to increase a hefty 10-point cushion this weekend but their healthy position could still be strengthened. Jurgen Klopp’s Reds, in Qatar for the Club World Cup, will be intrigued to see the result between their only two realistic title rivals. Third-placed Manchester City head to the King Power Stadium a whopping 14 points adrift of top spot, while Brendan Rodgers’ Leicester are four points better off. A draw in Saturday’s evening kick-off would do little to enhance the chances of either team closing the sizeable gap and undoubtedly prompt increased optimism of a first title for 30 years among the red half of Merseyside.

Nigel Pearson’s baptism of fire as Watford boss continues with in-form Manchester United’s visit to Vicarage Road on Sunday afternoon. Pearson, who became the bottom club’s third manager of the season on December 6, saw his new side defeated at unbeaten Liverpool last weekend. He now has two opportunities – starting against Ole Gunnar Solskjaer’s side – to prevent the Hornets going into 2020 without a league win on home soil and bring some much-needed festive cheer to the club’s success-starved home supporters. The task is far from straightforward. United travel to Hertfordshire six top-flight games unbeaten and with a top-four place firmly in their sights.

Aston Villa benefited from facing a youthful Liverpool side to reach the Carabao Cup semi-finals in midweek. However, their league form is woeful, culminating in a crunch pre-Christmas clash with fellow strugglers Southampton. Villa, above 18th-placed Saints only on goal difference, have suffered six losses from eight top-flight fixtures, including three in succession. Defeat for either club on Saturday would be a major setback in the battle to beat the drop and leave them in the bottom three.