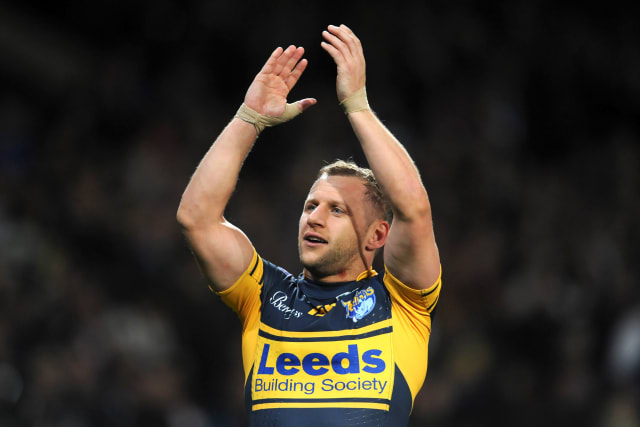 Leeds Rhinos great Rob Burrow has announced that he has been diagnosed with Motor Neurone Disease.

Burrow retired after winning his eighth Super League Grand Final at the end of the 2017 season.

The 37-year-old father of three spent his entire career at Leeds, making 492 appearances, and also won 15 caps for England and five for Great Britain.

“Regrettably, I am confirming that I have been diagnosed with Motor Neurone Disease,” Burrow said.

“I would like to thank everyone for the support I have received already since being given my diagnosis.

“I know I have a big challenge in front of me but knowing that I have the love and support of so many people will give me inspiration and strength.

“I am very positive about the situation and intend to battle the condition as I still feel fit and well.

“I would like to ask for privacy at this time so I can adjust to the battle I have ahead and spend time with those closest to me ahead of Christmas and New Year.”

He won the Challenge Cup in 2014 and 2015, as well as three World Club Challenges and three League Leaders Shields.

“This has been devastating news and is heart breaking for Rob and his young family,” Leeds director of rugby Kevin Sinfield said.

“Throughout his career, Rob overcame the odds to become a legend of the game and I know he will tackle this challenge with the exact same positive determination.

“As a club, Rob will receive our full support and we will be working with him to chart the way forward.”