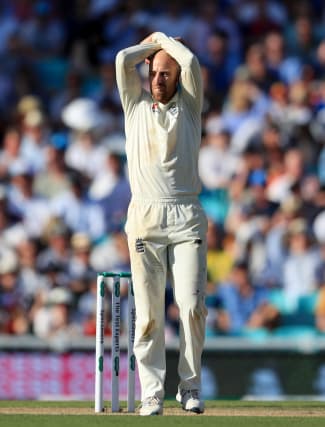 England have been forced to hastily revise their preparations for the Boxing Day Test against South Africa due to an illness bug sweeping the camp, with Friday’s final warm-up match downgraded from first-class status.

Key seamers Stuart Broad and Jofra Archer, as well as first-choice spinner Jack Leach, missed the opening match against an Invitational XI after being hit by flu-like symptoms, which have got progressively worse over the past two days.

On Thursday three other members of the squad, including Joe Denly, and two of the coaching staff, were struck down by a similar condition, leaving England’s management to appeal to the home board to reclassify the fixture as an effective friendly.

Cricket South Africa had named a strong side for the match and were prepared for an intense contest but co-operated on the switch, earning England’s considerable gratitude.

It is unlikely Broad, Archer or Leach would have been cleared to play in a fully-fledged competitive match and, should they have missed their last chance of a meaningful tune up, England’s plans for Centurion would have been on the brink of disarray.

As it is they are no longer bound to name an XI and can utilise their full squad over the course of the next three days, raising hopes of getting some meaningful game time into those affected.

The development will frustrate head coach Chris Silverwood, who is keen on first-class warm-up matches in a bid to combat England’s reputation as slow starters on tour, but in the circumstances it is the pragmatic move.

Silverwood may still rue the lack of an extra pace option, though. Mark Wood is part of the travelling squad but is not expected to be available until the third Test at the earliest, and whether an additional bowler should have been drafted in as cover will be a point of discussion.

One man who will be doing everything in his power not to join the ranks of the afflicted is record wicket-taker James Anderson. with the veteran desperate to prove his passion for Test cricket remains undimmed.

Anderson pulled up with a calf injury after bowling just four overs on the first morning of the Ashes and further setbacks mean he played no further part, as well as ruling him out of the recent New Zealand tour.

At the age of 37 Anderson could be taking it easy by now, settling into the role of decorated armchair pundit, but that has never been his style.

He has already sent down 2,340 more deliveries than any other fast bowler in Test history – easing past Courtney Walsh’s previous high some time ago – and time away from the side has only increased his desire to continue.

“Did I miss it? Absolutely,” he said. “That’s part of the reason I worked so hard to get back and worked on my fitness because I still want to do it.

“It’s something I love and I still feel I’ve got something to offer, so that hunger and desire to get back is very much still there.

“To be honest I’m just trying to force my way back into the side, that’s all I’m thinking. Just watching them on the sidelines was pretty difficult throughout the summer because you just want to be out there trying to enjoy it with them.

“I’m just hopeful I can get my fitness up to speed and bowling well enough to be picked for that first Test.

“There was a bit of rust with my new ball spell but that’s to be expected having not played for four or five months. I was just happy to be back out there.

“I’m not that far away. I feel acclimatised now and I’ve been able to hit the ground running so that’s good.”