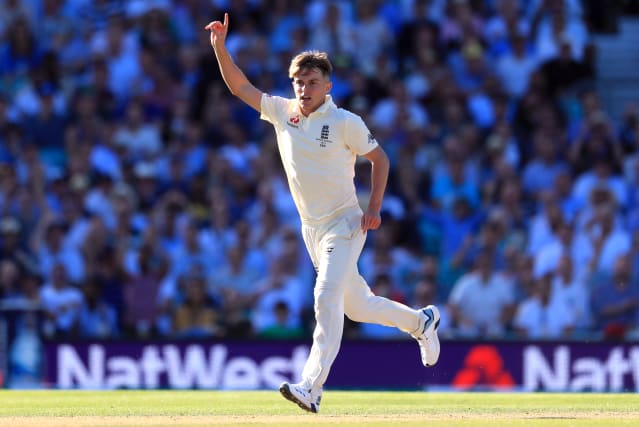 James Anderson was outshone by Sam Curran as he made his long-awaited return to England duty on day two of England’s warm-up match in South Africa.

The country’s record wicket-taker has not featured since pulling up with a calf injury on the first morning of the Ashes in August, but was back to lead a depleted attack against a local Invitational XI in Benoni.

He started solidly, conceding just three runs from his first two overs, but went on to ship six boundaries as his line began to waver and finished his spell with 30 off six overs.

Left-armer Curran fared better, removing Ismaa-eel Gafeieldien’s off stump with his fifth delivery and having Modiri Litheko caught at point from a short ball.

England had considerably reduced options as they took the field, with Jofra Archer, Stuart Broad and first-choice spinner Jack Leach all laid low by an illness that has hit the camp.

With Ben Stokes also unlikely to bowl due to his late arrival on tour, delayed by his triumph at BBC Sports Personality of the Year, and Mark Wood undergoing rehabilitation that left Anderson, Curran, Chris Woakes and uncapped leg-spinner Matt Parkinson to do the bulk of the work.

England posted 309 for seven on Tuesday, with Root, Denly and Dom Sibley all retiring after passing 50.