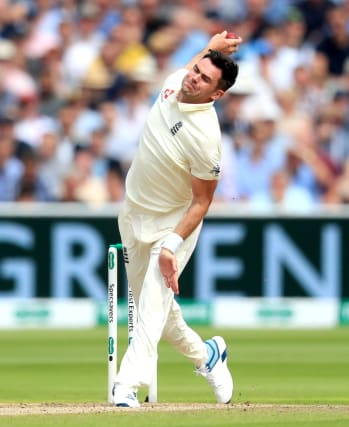 James Anderson made his long-awaited return to the England attack, but an illness sweeping the camp left Joe Root’s side a depleted force on day two of their opening warm-up match in South Africa.

In response to England’s 309, a local Invitational XI put on 269 for seven by tea.

Anderson, who has not featured since pulling up with a calf injury on the first morning of the Ashes in August, produced a rusty first spell in the morning session but was much improved after lunch and picked up the wicket of Kabelo Sekhukhune for 65.

England had been in an awkward position prior to that breakthrough, with Sekhukhune sharing a free-scoring stand of 133 with Jacques Snyman (79), but things picked up rapidly as Chris Woakes struck three times in 11 deliveries.

Sam Curran had earlier removed both openers with the new ball, but Root’s side endured a joyless stint of more than 25 overs that saw the scorecard race along to 147 at lunch.

Anderson was taken for six boundaries, all in the arc between third man and cover, as his line wavered early on, while Woakes’ initial blast and Curran’s second failed to convince.

Most concerning, though, was the treatment doled out to Matt Parkinson, handed extra responsibility in Leach’s absence.

Snyman clubbed him for three sixes in a gentle spell in the first session and, after home captain Diego Rosier helped himself to four consecutive boundaries, he was left nursing figures of 16-0-95-0.

There was precious little wicket threat from the uncapped Lancashire man, who now looks a distant contender for the Test series, and he may be a prime candidate to work with incoming spin consultant Jeetan Patel.

That Joe Root outbowled him, and took the remaining wicket, did little but exaggerate Parkinson’s struggles.

England’s best moments came at the start of the afternoon’s play, when they were joined in the field by Stokes.

Anderson bowled with greater control as he built up pressure before his wicket, before Woakes took over, digging in short and drawing the gentlest of mis-hits from Snyman.

He made light work of Kyle Simmonds and Sizwe Masondo, fending to short-leg and nicking off respectively, but Rosier (68no) engineered another fightback.