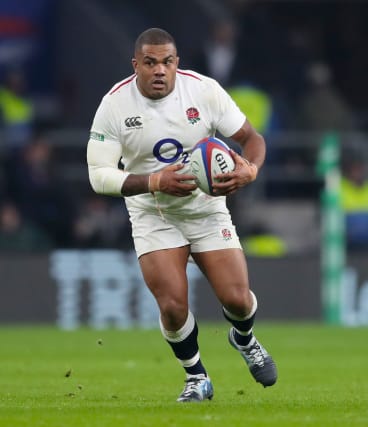 England star Kyle Sinckler has taken dietary inspiration from Harry Kane to aid his pursuit of becoming the best prop in the world.

Sinckler has had a sauna, ice bath, hot tub and oxygen chamber installed at his London home to enable him to recover as quickly as possible from training sessions and matches, as well as recruiting a team of personal support staff.

Among their number – which includes an osteopath and physio – is a chef who works at his club Harlequins and also caters for the England football team, offering Sinckler an insight into the methods that have worked for Kane, the Three Lions captain.

“I’m trying to do a few things at the moment that Harry Kane does with his chef,” the Maximuscle ambassador told the PA Media Group.

“My chef is Omar – he’s the Harlequins chef – and he does England football as well. I was picking his brain because I don’t want to be stagnant.

“He said ‘well, Harry has these things that he feels help him’ so I was ‘right let’s give it a go’. It doesn’t taste great but if it makes me feel better then fine.

“Harry has a few little drinks like bone broth that help ligaments. Beetroot drinks with caffeine that he takes at half-time – I mix that with my pre-workout drink.

“His chef also makes some BCAA gummies which he takes. I’m trying them to see if it works. I pride myself on giving anything a go.

“I do all my own recovery bits at home. Everything is outside, so it’s not ideal in the winter but I’m out there every day.

“I’ve taken control over everything in my career. It’s all been installed at my own expense because you can’t put a price on your career.

“Anything I can do to improve I will because you only get one shot at it. I’d only be watching TV anyway. Recovery for me is about relaxation and doing it in my own environment.

“Someone told me when I was younger that your best ability is availability because there’s no point being a great player but you’re never fit.

“So I pride myself on my availability to play – not only at the highest level but with England as well.

“In the last four years me and Dan Cole have been the English-qualified tighthead props who have been available for the most Premiership games.”

Sinckler’s all-consuming approach to preparation and recovery is a radical shift in thinking from the early phase of his career and has its roots in childhood trauma after being betrayed in his search for a father figure.

“From the age of 18 to 22 I was bit of a joke – I was just lazy – but over the last three or four years I’ve looked at every little detail in my career,” he said.

“My biggest thing is to take control. If I’m being honest, I probably don’t trust anyone. It stems from my background because I’ve had a lot of issues to deal with.

“Recently I’ve been addressing those issues. I keep myself to myself. I’ve been hurt in the past, especially with male father figures.

“One thing I’ve really tried to implement is not relying on other people and being my own father figure.

“You do that by taking responsibility of your own career and life, being an honourable man.

“One thing I pride myself on is my word – it’s stronger than oak. If I say I’m going to do something for you, I’ll do it.

“At the start of my career it was about proving people wrong, but I’ve realised that constantly trying to prove people wrong becomes draining. It’s not sustainable.

“I found I was listening too many people who aren’t my circle and now what motivates me is proving myself right.

“I’ve got massive self belief and I want to be the best in the world. What that means for me is always changing.

“You only truly know when you’ve hung up your boots and reflect on what you’ve achieved.”

* Kyle Sinckler is an ambassador of Maximuscle, the UK’s leading sports nutrition brand that’s helping him become the best in the world.