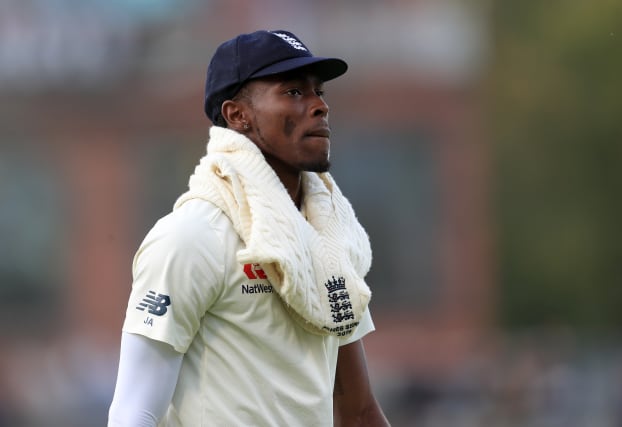 England have been left with a heavily reduced bowling attack on day two of their warm-up match against a South Africa Invitational XI.

Jofra Archer, Stuart Broad and Jack Leach are all struggling with an illness that has affected the camp, while Ben Stokes is not available to bowl after his belated arrival in Johannesburg following his BBC Sports Personality of the Year triumph.

Mark Wood has already been ruled out of the first two Tests and is undergoing rehabilitation.

That places a heavy burden on James Anderson, the record wicket-taker who has not bowled for England since pulling up with a calf injury on the first morning of the Ashes in August.

He will be supported by Chris Woakes, Sam Curran and spinner Matt Parkinson. Joe Root and Joe Denly are also on hand as part-time options if required.

England posted 309 for seven on Tuesday, with Root, Denly and Dom Sibley all retiring after passing 50.