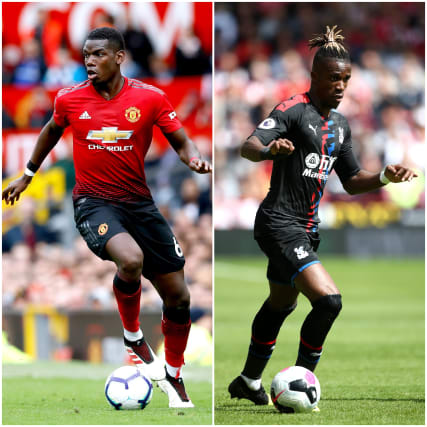 Manchester United will not support any move by Paul Pogba to leave in January, the Daily Mail says. Pogba’s return from two and a half months out with an ankle injury has been delayed by illness. The star midfielder, however, won no new friends at United by posting a video of himself dancing at his brother’s wedding on the weekend after news of his illness was announced. While he is said to be keen on a move to Real Madrid or Barcelona, United have no intention of selling him.

Crystal Palace will stick to their £80million valuation of winger Wilfried Zaha as Chelsea prepare to make an offer, the Mail reports. The Ivory Coast international was a prime target for Arsenal and Everton last summer but Palace rejected their bids.

Manchester United are close to signing one of the hottest prospects in European football, Erling Braut Haaland, according to The Sun. The chase by several major clubs across the continent is set to end with United’s £76m deal to prise the 19-year-old Norwegian from Red Bull Salzburg, the paper says. United fans will have to wait, however, with the deal requiring the club to sign Haaland – son of former Leeds and Manchester City man Alf-Inge Haaland – in the January transfer window but loan him back to Salzburg for the rest of this season.

Tottenham are likely to make Giovani Lo Celso’s move to the club permanent, reports Spanish paper Estadio Deportivo. The 23-year-old Argentina midfielder joined Spurs on loan from Real Betis in August. Tottenham have been sufficiently impressed with him to take up the purchase option on his loan deal, say the reports.

Albian Ajeti: The 22-year-old Switzerland striker is open to a loan move away from West Ham in January but could be hampered by having already played for two clubs this season, Sky Sports says.