Guardiola waiting on Arteta decision after talks with Arsenal 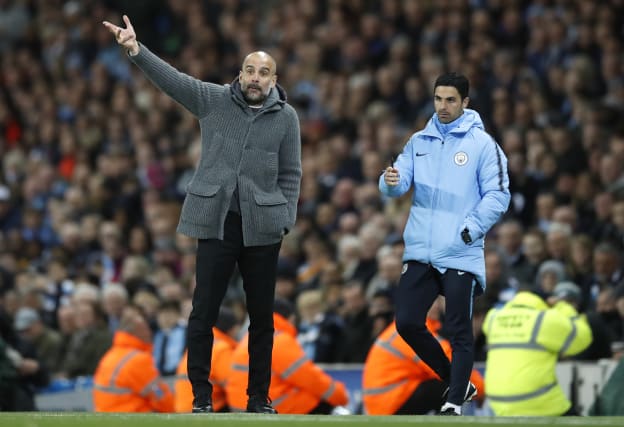 Pep Guardiola says Manchester City assistant coach Mikel Arteta will travel with the squad for the Carabao Cup clash with Oxford despite holding talks over the vacant manager’s role at Arsenal.

Guardiola revealed in his pre-match press conference that Arteta had taken part in City’s training session on Tuesday and was due to travel to Oxford on Wednesday.

“He’s an incredible person… work ethic… and that’s why he’s with us,” said Guardiola. “He is talking with Arsenal so I don’t know what’s going to happen.

“Now it happens with Mikel that teams want him. He knows exactly what we would like but at the end the decision is personal.”