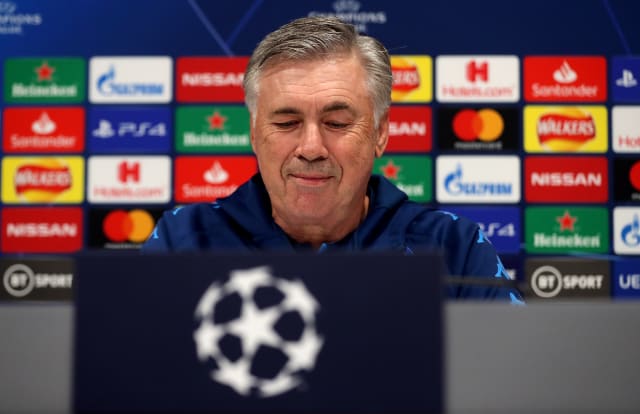 Everton say no contract offer has been made to any potential new manager at Goodison Park amid reports Carlo Ancelotti will be in place by the end of the week.

Ancelotti remains strongly linked with the role and Sky Sports report that he is expected to be confirmed as manager by Thursday or Friday.

The Italian, who won the double in 2010 with Chelsea, was sacked by Napoli last week.

Everton issued an update on Monday night as their search for a successor to Marco Silva continues.

“In the 11 days since Marco Silva left the club, the Everton board has been working to recruit a new permanent manager – and has held meetings with a number of candidates,” the club said.

“We can confirm that thus far no contract offer has been made and no candidate has chosen to withdraw from the process.

“While the club is keen to confirm a new permanent manager as soon as possible, the only important duty is that the right appointment is made.

“While our process continues, Duncan Ferguson will remain as caretaker manager and will take charge of the side for Wednesday night’s Carabao Cup quarter-final against Leicester City.”

Following the sacking of Silva on December 5, Ferguson has been in charge for the club’s last two Premier League matches – a 3-1 home win over Chelsea and a 1-1 draw at Manchester United on Sunday.

Former Everton striker Ferguson has distanced himself from taking the job on a permanent basis, but he will be in charge for a third successive match with the visit of the Foxes.

An earlier statement on the club’s website said: “A sell-out crowd will welcome Ferguson and his players out of the tunnel at Goodison Park for the visit of Brendan Rodgers’ side as the Blues look to book a place in the last four of the competition.

“John Ebbrell, Francis Jeffers and goalkeeper coach Alan Kelly will again be alongside Ferguson in the home dugout.”