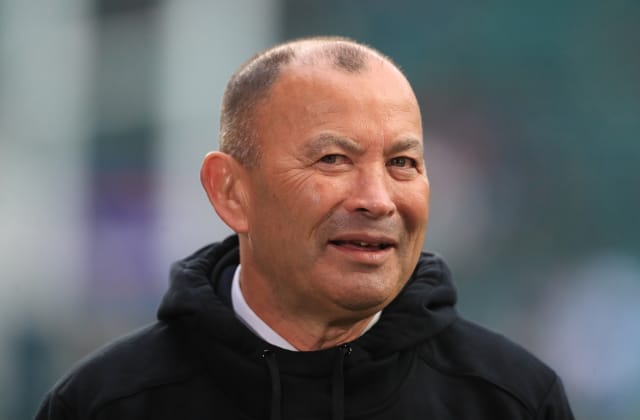 Sweeney stated after England had finished World Cup runners-up that it would make “sense” to retain Jones until France 2021, adding that talks would be held “as a matter of urgency” upon their return from Japan.

A two-day tournament debrief featuring feedback from 27 of the 32 players involved and chaired by former Minister for Sport Sir Hugh Robertson was “overwhelmingly positive” in tone, but Sweeney’s desire to secure Jones’ long-term commitment appears to have cooled.

“Eddie and I have sat down and talked on a number of occasions,” Sweeney said.

“We continue to discuss it but at the moment he’s fully committed to seeing out the contract until 2021 and we’ll take it from there. We’re chatting about it.

“He’s done a great job, a really good job. From December 2015, if you look at where we were when he came in, then he’s done an outstanding job.

“But we’ll look at all the various pros and cons and make a decision on what is in the best interests of England rugby going forward.

Sweeney views New Zealand’s decision to award Steve Hansen’s successor only a two-year contract and the successful 18-month reign of Rassie Erasmus as South Africa boss as evidence that appointments do not have to be made for the entirety of a World Cup cycle.

Erasmus guided the Springboks to World Cup glory at England’s expense despite inheriting a team in turmoil.

“Reading the media over the last six weeks, the camps are pretty split,” Sweeney said.

“Some are saying ‘don’t rush into anything, just stay with 2021’. Other people are saying ‘you should really do a four-year cycle until France 2023’.

“At this stage, why would you do anything now? New Zealand have just appointed Ian Foster on a two-year contract. Erasmus came in 18 months before the World Cup.

“Is it better to have someone in there for the four-year period leading up to it? It may well be – more stability – but I wouldn’t say there is a date in the diary when we have to make a decision otherwise we’re not going to be ready for France.

“We’ll do whatever we think is right for England rugby and it’s got to work for both sides.

“Eddie is committed to seeing out his contract so there’s no looming deadline when we’ll feel we need to make a pressing decision.”

England expect to announce their attack and scrum coaches to replace the departed Scott Wisemantel and Neal Hatley in early January.

Sweeney expects Steve Borthwick, Jones’ number two who is a target for Leicester, to be present for the entire Six Nations and states there is no stipulation that incoming coaches must be English.