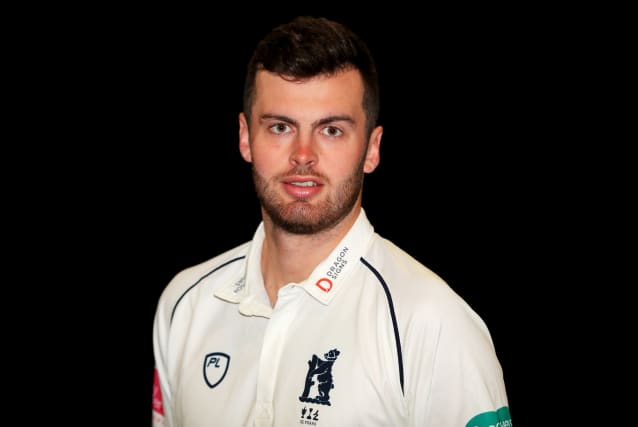 Dom Sibley knows as well as anyone to take warm-up performances with a pinch of salt but the opener is hoping his half-century on day one of England’s tour of South Africa is a sign of things to come.

Sibley made a hundred in his first innings as an England player, the corresponding curtain-raiser in New Zealand back in November, but found life considerably tougher in his maiden Test series.

The 24-year-old managed just 38 in three knocks but is inked in to continue at the top of the order against the Proteas.

On Tuesday in Benoni he batted for three hours and 20 minutes, soaked up 140 deliveries from a modest Invitational XI attack before retiring out on 58.

Both Joe Denly (60) and captain Joe Root (72) went further than Sibley, and more fluently, before joining him by retiring as England reached 309 for seven.

But if he can bring the same sense of stoicism and security to the Test arena as he showed at Willowmoore Park, he would soon become a valuable asset.

For now, though, these runs are more of a pointer than definitive proof.

“I want to peak at the right times,” he said at the close of play.

“You can’t really beat time at the crease and there’s another three-day game coming up so there’ll be opportunities there as well.

“I’ve got to start getting some scores but hopefully Boxing Day will be my day, if I play.”

England had little over a week between returning from New Zealand and jetting out for Johannesburg but Sibley still found time to fit in workouts with his Warwickshire batting coach Tony Frost and freelance consultant Gary Palmer.

Palmer was a favourite of England’s record run-scorer Sir Alastair Cook and is credited with helping Sibley rebuild his game at domestic level.

“I had a session with Gary, yeah, it’s always useful. I enjoy working with him,” he said.

“I only had three innings (in New Zealand), it’s not much. In the first innings I felt good and felt at home, but for the second Test I probably put myself under a little bit too much pressure to get a score.

“I got too far across, which I wasn’t doing in the summer. It’s nothing major, just little tweaks and getting back to what I was doing well for Warwickshire, hitting past mid-on.

“I’m just going to play my game, stick to my strengths and stay nice and chilled out.”

England will spend all of Wednesday’s play in the field and hope Jofra Archer and Stuart Broad are both fit enough after colds to take a full part.

Ben Stokes, whose arrival on tour was delayed by his triumph at the BBC Sports Personality of the Year, took part in a light fitness session after stumps and could play a minor part on day two.