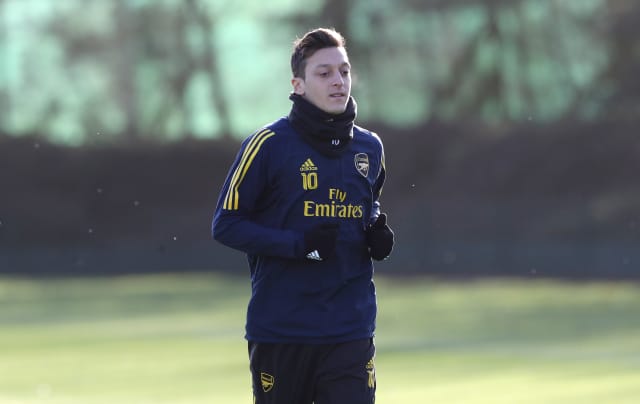 Arsenal have been urged not to “buckle under the pressure” from China and stifle Mesut Ozil’s right to free expression.

The former Germany international posted on social media about the alleged mistreatment of Uighur Muslims in China, calling them “warriors who resist persecution”.

It was reported that the Gunners’ match against Manchester City on Sunday was dropped from Chinese state television schedules, while the BBC reported the country’s foreign ministry spokesman as saying that Ozil’s comments were misinformed and that he had been “deceived by fake news”.

Arsenal have not criticised Ozil for making the comments, instead posting on their page on the Chinese social media site Weibo that the club “always adheres to the principles” of not getting involved in politics.

Nicholas Bequelin, regional director at Amnesty International, told the PA news agency on Tuesday it is vital that stance does not alter.

“With their player being quite heavily criticised by some in China, it’s important that Arsenal doesn’t buckle under pressure and attempt to stifle Ozil’s right to freely express his opinions,” he said.

Bequelin added: “Mesut Ozil has taken an important stand in speaking out in support of those facing brutal persecution in Xinjiang – and his intervention has helped raise global awareness of this shocking situation.

“Amnesty’s research has shown that an estimated one million predominantly Muslim people – such as Uyghurs and Kazakhs – are being held in internment camps, with thousands subjected to torture. There have been reports of deaths inside the facilities, including suicides of those unable to bear the mistreatment.

“Not for the first time, the Chinese authorities are attempting to dismiss criticism of their human rights violations rather than actually address the issues.

“While Arsenal have been criticised for not speaking out in support of Mesut Özil, companies do not technically have a responsibility to denounce human rights violations. They only have to ensure they do not cause, contribute to, or profit from such abuses.”

The Premier League has not commented on the matter. China is seen as a growth area for the league, with the television rights contract for the 2019-2022 period valued at a reported £564million.