Rob Howley banned from rugby until June 2020 for betting breaches 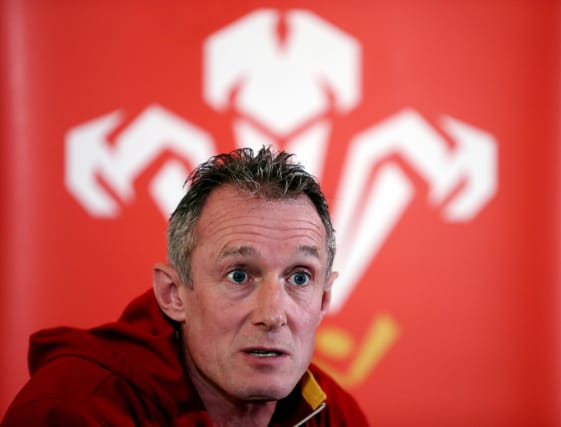 Rob Howley has been banned from any involvement in rugby until June 2020 after it emerged he had placed bets on matches involving Wales and two of their players.

Howley, former assistant coach to Warren Gatland, was sent home from the World Cup in September and has been suspended for 18 months by the Welsh Rugby Union with nine months of the sanction suspended.

It was found that, over a four-year period from November 2015 to September 2019, Howley placed 363 bets involving 1,163 rugby matches with three bookmakers through accounts held under his own name.

Of the bets, 24 involved Wales or were related to “connected events”, such as Six Nations games involving rival teams. On two occasions he bet on unnamed Wales players scoring tries.

Howley returned home from Japan shortly before the autumn’s World Cup began after the WRU became aware of possible wrongdoing and the outcome of their investigation was published on Monday.

The ban is backdated to the time of his initial withdrawal from the global showpiece, on September 16, meaning he will be able to take up a post in rugby from June 16.

In the written decision released by the WRU, it is revealed that the former Lions scrum-half accepted the charge “without qualification”.

The alarm was first raised when WRU policy and integrity manager Jeremy Rogers was contacted by an employee of Betway, who claimed that Howley had placed bets on Wales games.

At a September meeting to explain the process for the investigation it was noted that Howley was “visibly upset” and said: “I’m putting my hands up. If I was being evasive, I wouldn’t have used my work mobile phone and email account.”

It emerged that he gambled on a Wales player to be the first try scorer in the 25-7 Six Nations victory over Ireland in March, but the 49-year-old stated that it was part of a treble bet that fell in line with his normal recreational betting activity. He also backed another player to score a try.

When the unnamed players were interviewed they denied any knowledge that the bets had been placed on them with Howley supporting their testimony.

He then conceded that he knew betting on matches involving Wales was a breach of World Rugby anti-corruption and betting regulations.

The judgement reveals that the bets were “part of an increasing pattern of recreational betting” and that on both occasions the stake was “no more than a few pounds”.

Following examination of Howley’s electronic devices, including his laptop and phone, “no material was discovered which incriminated Mr Howley to an extent greater than that which he had already admitted”.

The WRU found that Howley made an overall loss of £4,000 during the time period under scrutiny and described his activity as a “hobby”, while adding that “we use the word hobby with some caution because it seems that a trigger for Mr Howley’s betting activity was a family tragedy involving the death of his sister”.

The written decision adds: “Towards the conclusion of the proceedings Mr Howley addressed us to stress his remorse for his behaviour and his feelings that he had let down WRU, his former colleagues in that organisation and above all his family.

“We have no doubt that Mr Howley was entirely genuine about his feelings. He also confirmed to us that he had not bet at all since his suspension on September 16 and that, with the help of a consultant psychologist, he was confident that he would desist from betting in the future.”

It was decided that Howley’s degree of fault was “high” and – having taken into account mitigating factors including his strong disciplinary record and the family tragedy and character references from Sir Ian McGeechan, Warren Gatland and Wales centre Johnathan Davies – an 18-month suspension was imposed.

Upon a request by Howley’s legal counsel to suspend the remainder of the ban due to him having already served three months, missed out on the World Cup and the likely adverse impact on his wellbeing of further time away from rugby, the panel chose to suspend nine months. He has the right to appeal against the decision.