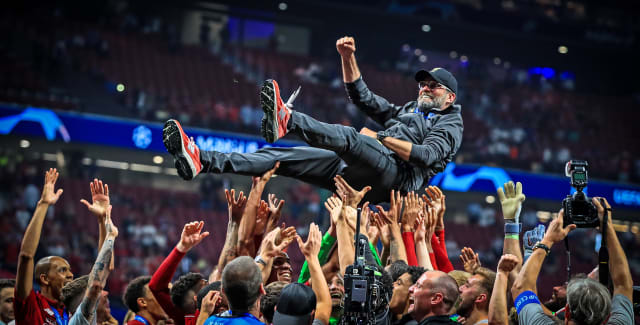 Liverpool have been drawn to play Atletico Madrid in the Champions League round of 16, while Manchester City face a daunting tie against Real Madrid.

Holders Liverpool, who won qualifying Group E ahead of Napoli, will have home advantage in the second leg against Diego Simeone’s Atletico, LaLiga runners-up last season.

City have a tough task in their quest for Champions League glory under Pep Guardiola after being drawn to take on 13-time winners Real, but they too will have home advantage in the return leg.

Tottenham, beaten by Liverpool in last season’s final, will play current Bundesliga leaders Leipzig and Chelsea face another German opponent in Bayern Munich, who won all six of their qualifying games in Group B.

Both Tottenham and Chelsea will travel to Germany for their respective second legs having finished runners-up in their qualifying groups.

“It’s always a pleasure to play against Real Madrid, and also to play in a big stadium like the Santiago Bernabeu,” he said.

“We’re happy to go there, of course, and we know what we are going to face, we know them very well.

“Also, of course, they know us and what we’re doing and our manager and our team. Everybody knows each other, but it’s a real pleasure to go there.”

“The manager has won the Champions League and his experience will rub off on the players,” he told BT Sport.

“They (Leipzig) are a good side, play with a lot of pace and intensity,”

“It will be a good game. Going to Germany is tough. It is one we won’t be taking lightly. It will be a tough task, but I am quietly confident we can get through.”

Other ties will see five-time winners Barcelona, Group F winners, play Napoli, who are currently eighth in Serie A, and Italian champions Juventus take on French side Lyon.

The final will take place on May 30 next year at the Ataturk Stadium in Istanbul, where Liverpool lifted the trophy in 2005 after fighting back from 3-0 down to beat AC Milan on penalties.